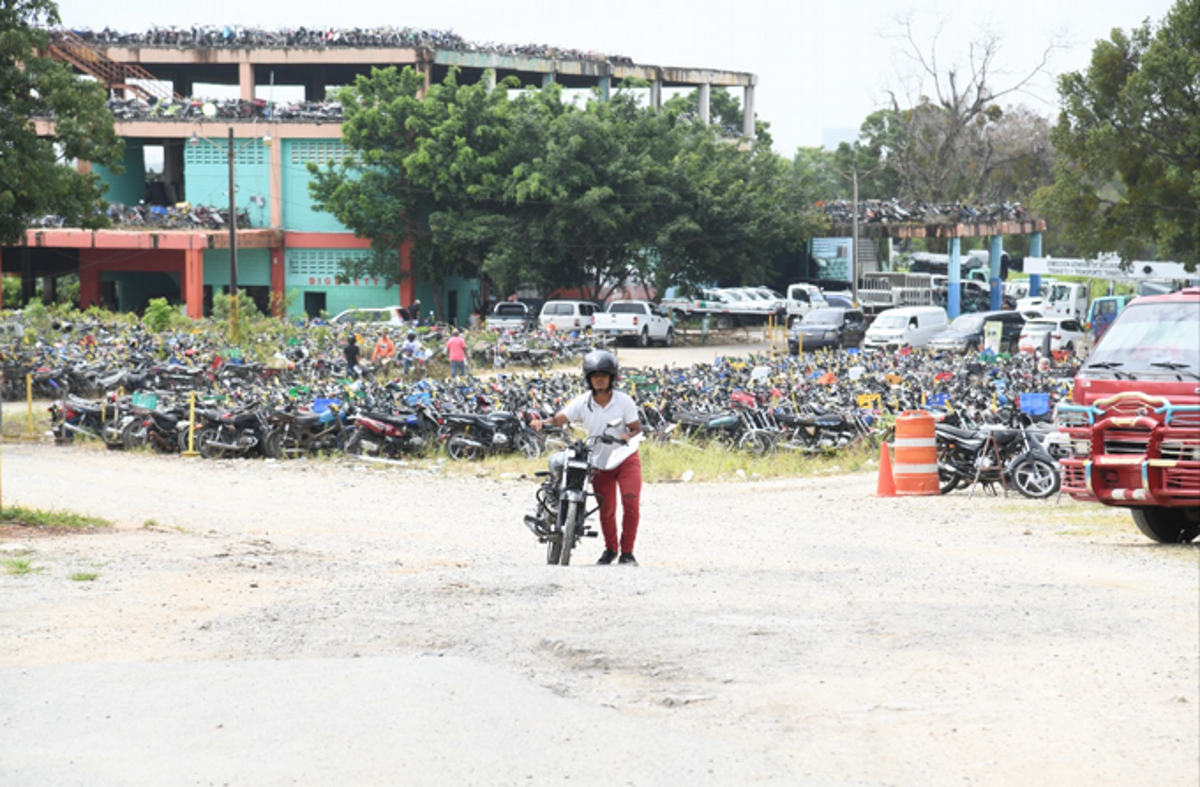 Return of vehicles is expedited in the Canódromo.

In spite of the fact that in previous months, the number of citizens seeking the return of their vehicles was notoriously large, the atmosphere outside the vehicle retention center remained unchanging.

According to the general director of Security of Transit and Transport (Digessett), brigadier general Ramon Antonio Guzman Peralta, this is due to the fact that previously the people were attended to outside the center, whereas now the situation has changed with all processing being carried out inside the institution.

During the time that Listín Diario was in the establishment, a reduced number of people were observed in the line of delivery of documents to obtain information about their seized vehicles.

“In our case, there were no inconveniences, and we were taken care of quite well, everything flowed normally,” said Orlando Ramos Rodriguez and Luis Miguel Rodriguez, who left happily with their vehicle.

According to the authorities, to keep track of which vehicles have been checked, they mark them with yellow tape, allowing them to have control and a database to know where the motorcycles are located.

They also indicated that for the delivery of vehicles retained due to a traffic accident, if a person is hospitalized or injured, they must wait for the Public Prosecutor’s Office to order the return of the vehicle.

“A modern vehicle retention center is being worked on, but we are only in the design of structure, design of plans, ground surveying phase,” Peralta told Listín Diario.

He specified that the new detention center would be located on the Circunvalación de Santo Domingo.

Well, the delivery was almost a standstill before, because of a corrupted system. Any forward movement at this time is welcome.