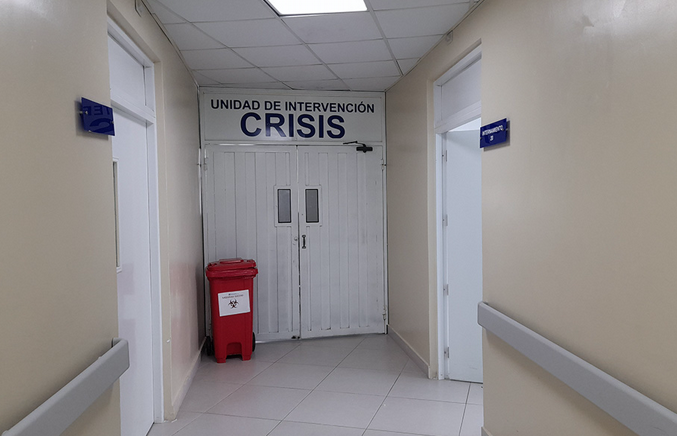 The shortage of beds, specialists and service units limits access to mental health care in the public and private networks. /FILE, ARCHIVE

There are entire regions without psychiatric beds, while a day bed is between 10,000 and 17,000 pesos in the private sector.

The Dominican Republic has a high deficit of beds, specialists, and service units to meet the demand for mental health care for its more than 10 million inhabitants.

This scarcity not only limits or hinders access to this specialized care in the public network but also on the private side.

The public network has around 10 Crisis Intervention Units (UIC) operating with just under 100 beds, altogether, the most significant number concentrated in Santo Domingo and Santiago.It even leaves entire regions without a bed in the public network for the admission of psychiatric patients, as is the case of the Eastern and Western Cibao health regions, which make up the provinces of La Altagracia, La Romana, San Pedro, Hato Mayor, and El Seibo. , as well as Valverde, Santiago Rodríguez, Monte Cristi and Dajabón, respectively.

The services of Crisis Intervention Units (UIC), which are areas established within national and provincial hospitals for the temporary admission of patients with mental health crises, emerged within the process of transforming the Padre Billini Psychiatric Hospital into a Psychosocial Rehabilitation Center, whose deterioration, complaints have also appeared in recent weeks.

In the private sector, the shortage of psychiatric beds is also latent, adding the ingredient of its high cost, which makes this service a privilege for a few.

The low availability of beds in the private sector persists even though, in recent years, spaces such as recovery houses, mental health clinics, crisis intervention units, and some public health care establishments have been expanding beds for this type of patient.

The negative consequences of the deficit in these services are becoming even more visible when specialists agree that there is a significant increase in emotional disorders and mental health conditions among the Dominican population, fueled by the aftermath of the coronavirus pandemic. Covid-19.

Added to this is a more significant increase in demand since greater awareness has been awakened in the population to seek mental health help due to the demystification work and lowering the stigmatization that has been done in the country.

Integrated into the public network, it is estimated that there are currently about 200 psychiatrists and about 1,000 psychologists, several professionals that are not sufficient to meet the demand.

The reality of the health system in terms of Mental Health was exposed to Listín Diario by psychiatrists Ángel Almánzar, former Mental Health director of the Ministry of Public Health, and Julio Chestaro, president of the Psychiatric Society, who, when interviewed separately, coincide in descriptions that lay bare the reality of the country.

In addition, most psychiatrists do not accept the Family Health Insurance Health Service Plan (SFS) or medical insurance card in the basic plan.

Some specialists take the National Health Insurance card (Senasa) with special rate agreements, but not all of them do. Meanwhile, some private insurers include coverage of up to 3,000 pesos in psychiatric consultation services in their complementary plans, but not in the basic one; the rest is out of pocket for the patient.

People with mental problems are avoided by most sectors of society. It is like they don’t even exist. Only rare Godly figures attend to a few of their numbers with some compassion.