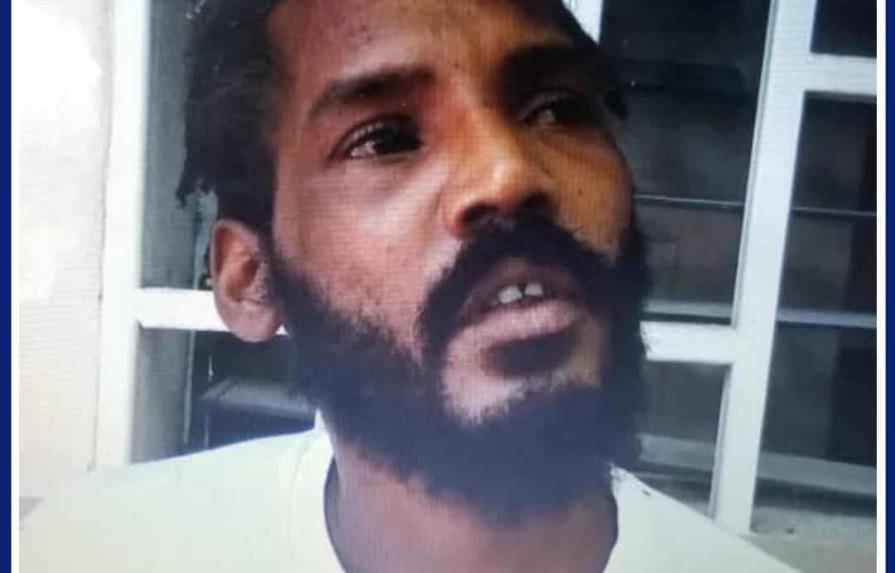 Haitian authorities say that recent arrests are taking place in the border area.

The Haitian National Police issued a statement this Wednesday, June 22, describing the result of an interrogation of a Dominican member of the “Ti Lapli” gang who had previously operated with a gang of a certain “Ti Makak,” identified as Molaï Ortiz Mieses.

According to the statement from the Haitian Police, Ortiz Mieses was a key member of one of the Haitian gangs operating in that country and is currently under the control of the Haitian authorities. The man revealed that “legions of Dominicans are an integral part of the armed gangs that operate in Haiti.”

Molaï Ortiz allegedly revealed that each gang group has Dominican nationals in its ranks. And he would have said that other gang groups have direct connections with Dominicans.

Molaï Ortiz Mieses, 32 years old, allegedly called in Haitian gangs as “Nèg atè a,” is in custody at the Central Directorate of the Judicial Police (DCPJ), where he continues to answer questions from investigators and confesses to having committed numerous kidnappings, robberies, and murders.

According to the Haitian Police, Ortiz Mieses is “a powerful leader of the Ti Lapli gang, of whom he was the right-hand man and is accused of participating in kidnappings and acts of felony association.”

The Haitian police point out that the Dominican has lived in Haiti for ten years; after being repeatedly arrested in his native country for various crimes, the Dominican Molaï Ortiz Mieses allegedly had been in at least two Haitian gangs, Ti Lapli. In addition, they were previously in the gang of Carlos Petit-Homme, alias “Ti Makak,” based in Laboule, a district of the city of Pétion, where he was the third leader of the gang.

The attacks in which he would have participated

The Haitian National Police says in the statement posted on the Facebook page that the man confessed to participating in the murder of divisional inspector Dan Jerry Toussaint on January 1, 2022, in Laboule 12, Fessard area. It revealed that at least eight gang members at Ti Makak, heavily armed with assault rifles, attacked reinforcements at the Thomassin subcommission, where ID Jerry Toussaint was shot in the head and shot in the neck.

He would also have pointed out another Dominican who operates in the gangs, whom he identified as “José Lito,” of Dominican nationality. And he had identified other fellow Haitian members: Venel aka Ti Blan, Tossou, Francilié, Dieu-Pifort, and Hubert.

The Haitian National Police pointed out that in recent days they have arrested several people for illegal firearms trafficking, through different border areas between Haiti and the Dominican Republic, including Belladere and Ouanam inthe, among others.

Criminals, no matter their nationalities, go where the pickings are easy.

Of course,; who else would be responsible for the Haitians problems? Not the Haitians, of course. Specially not their political or elite class.

Well our merchandise needs to reach its destination in order for us to get paid . The Haitian government can’t guarantee the merchandise will reach the buyer, but I know who can ..low life criminals from either side will be more than happy to take on his job 🦾 .