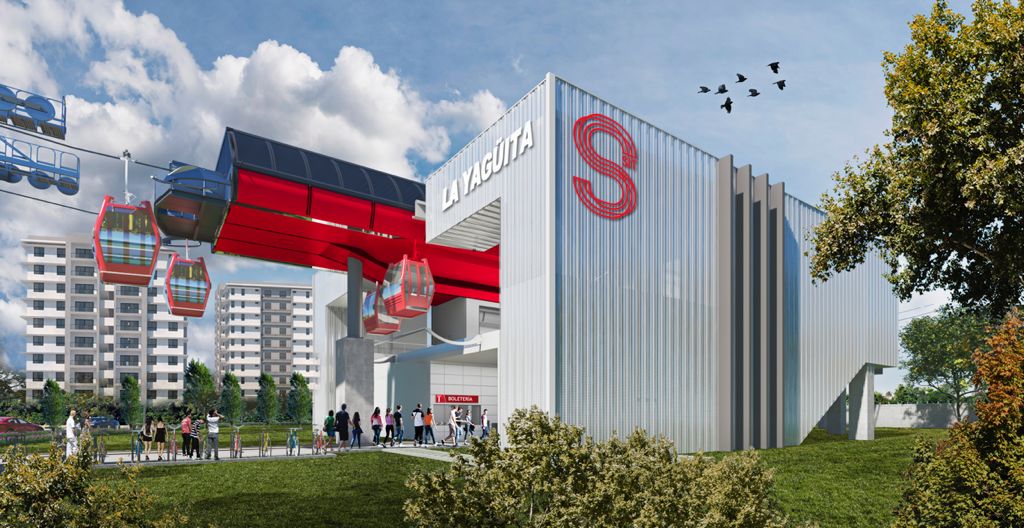 The Integrated Transportation System in Santiago will be made up of the cable car, a monorail, feeder routes with electric buses from OMSA and a cycle track

Santo Domingo.- The Integrated Transport System of Santiago (SIT) announced this Thursday the sectors that are being intervened in the city of Santiago with the construction process of the works related to the Monorail and the Santiago Cable Car.

Work is underway on Stations 2, 3, 4, 5, 7, and 8 of the Monorail. “Station 2 stands on Tamboril Avenue in the Cienfuegos neighborhood;station 3 on Calle 51 del Ensanche Mella and Calle 1 del Ensanche Espaillat. Station 4 is built on Ave. Longitudinal of the Industrial Zone, while station 5 is built on Avenida Circunvalación Sur in the Zona Industrial, Altos de Vireya and widening Bermúdez sectors. Likewise, stations 7 and 8 will be built on Ave. 27 de Febrero in the Román, Bolívar and Pueblo Nuevo expansions,” reported the government institution.

“The closures of the stations are duly marked with reflective material with arrows indicating the direction of traffic, signs indicating obstacles on the road, signs of men and equipment working. We have taken all these measures to protect pedestrians and drivers who circulate in those areas. Importantly, it should be noted that the working hours on the construction sites are from 7:30 to 6 in the afternoon.”

The construction schedule of the works is from 7:30 to six in the afternoon.

Likewise, the institution reported that during peak hours and particular jobs, they have the support and collaboration of DIGESETT agents and signalmen to speed up traffic and facilitate the safe circulation of citizens. “All stations have proper signage, in reflective material from 150 meters before reaching the work.

The detours are duly signposted, indicating the alternate routes and the restrictive signs of the recommended routes.

At this time, the works being carried out in the different stations are deep excavations with piles and elevated viaducts, including the installation of electromechanical equipment.

“We call on the population of the city of Santiago to be attentive to the information that we will be providing permanently through our social networks (@sitdominicana) as well as on the page https://fitram.gob.do/ and the media. of communication to inform about the alternative routes we recommend in each of the points in which we are working for the development of the works.”

Do you know when the monorail in Santiago will start to operate?