Request arrest for 7 violent agents of the Digesett 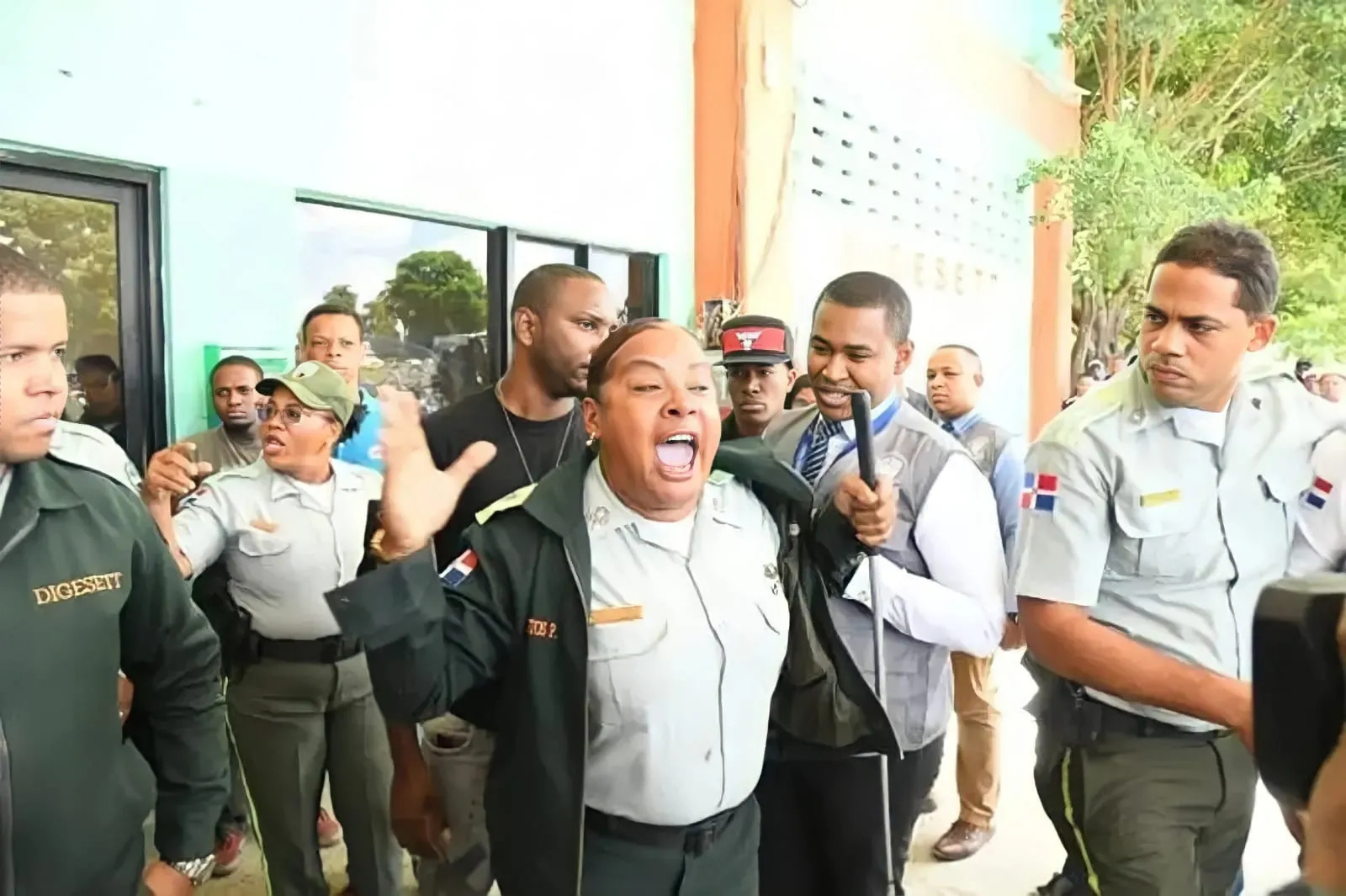 The Public Ministry has requested a judicial arrest warrant against the former manager of the “El Coco Canodromo” Vehicle Retention Center, Colonel Ysabelita de los Santos Pérez, and six other subordinates whom she accuses of committing cybercrime by deleting information from a cell phone from the newspaper Listin Diario.

It establishes that there are sufficient elements of evidence to sustain, reasonably, that the defendants are authors or accomplices of violating articles 60, 224, 309 of the Dominican Penal Code, articles 3 and 4 and 27 of Law 19-01, articles 4, 5, 10 and 11 of Law 53-07, on high-tech crimes, and article 190 of the Dominican Constitution.Given this, the prosecutor states: “For these reasons we request a judicial arrest warrant against the named Ysabelita de los Santos Pérez, Geraldina de los Santos, Marisol Vargas, PN, Javier Javier Natanael, PN, Starling Antonio Ramírez Sierra, Ronny Recio Rosario, PN, Carlos O. Borque Paulino Braulio Pérez PN.”

All those involved are members of the General Directorate of Security, Traffic and Land Transport (Digesett), which on April 11 attacked the Ombudsman, Pablo Ulloa, a journalist from Listín Diario and his photographer, as well as a cameraman from the CDN television station at the Dog Track, when the Ombudsman went to visit the center, along with representatives of the media, motivated by the reports published by Listin Diario, through which he lamented the conditions in which they find themselves thousands of occupied vehicles to their owners.

Violence by agents
After the incident, Digesett personnel snatched the cell phone of the Listin Diario journalist, Lourdes Aponte, and erased the video and photo files that recorded the happenings at the El Coco Dog Track, whose equipment was later returned to this newspaper, already restarted, or at zero.

History of the events
On April 11 of this year, Pablo Enrique Ulloa Castillo, Ombudsman, accompanied by Harold Alfredo Modesto Sánchez, General Secretary; Richard Alberto Peña Sánchez, cameraman; Rosario María Maríñez Medina, a journalist from the institution, went to the Dog Track to carry out an inspection to contact the existing reality there.

To carry out this effort, they invited the journalist Lourdes Sheryl Aponte, the photographer Raúl Emilio Asencio from this newspaper, and Manuel Adrián Olivo, a cameraman from CDN.

Upon arrival, they have received blows and shoves by the defendants, causing lacerations and damage to the work equipment.

Colonel Ysabelita de los Santos Pérez prevented the Ombudsman from entering the El Coco greyhound track, generating physical and verbal attacks against him and part of the staff that accompanied him.

“At that moment, the accused Braulio Pérez PN, snatched the recording camera, property of CDN, from the journalist Víctor Manuel Adrián Olivo, a smart watch, which was used for his work, and the accused Starling Antonio Ramírez Sierra, the which is an ex-soldier, physically assaulted him,” the file explains.

The facts
More details
“As they all continued to advance towards the offices, they became aggressive, moments later the accused Starling Antonio Ramírez Sierra, physically attacked Mr. Pablo Enrique Ulloa Castillo, Ombudsman, hitting him in the back with a punch and pushing him aggressively, causing injuries. curable from one to ten days, as stated in legal medical certificate No. 43943.”

The attacks continued by the Digesett staff, and “this is when the defendant Geraldina De Los Santos, PN, physically attacks and pulls the victim Lourdes Sheryl Aponte Jones by the hair, causing injuries from 1 to 10 days.”