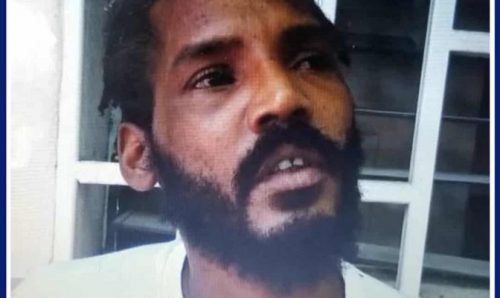 Santo Domingo.- The Dominican Government stated this Friday that Haiti does not have the technology or reliable records to obtain accurate information on the identity of the members of the different criminal gangs that prevail in its territory, unlike the Dominican Republic, which does have a biometric registration system and other technologies that allow the identification of the main leaders of the gangs that operate in the neighboring country.

The statement comes after Haitian Police assured that in their territory there is a legion of Dominicans in gangs.
“The Haitian authorities reached that conclusion after having questioned a Dominican member of the “Ti Lapli” gang who had previously operated with a gang of a certain “Ti Makak”, identified as Molaï Ortiz Mieses.
According to the statement from the Haitian Police, Ortiz Mieses was a key member of one of the Haitian gangs operating in that country and is currently under the control of the Haitian authorities. The man revealed that “legions of Dominicans are an integral part of the armed gangs that currently operate in Haiti.”

Well instead of discrediting the haitian police systematically, they should cooperate and use their biometric system to validate if its true.

Having records has not stop the gangs from growing and doing their thing in DR! You have failed to rein them in. So shut the press and let the numbers and events do the talking!