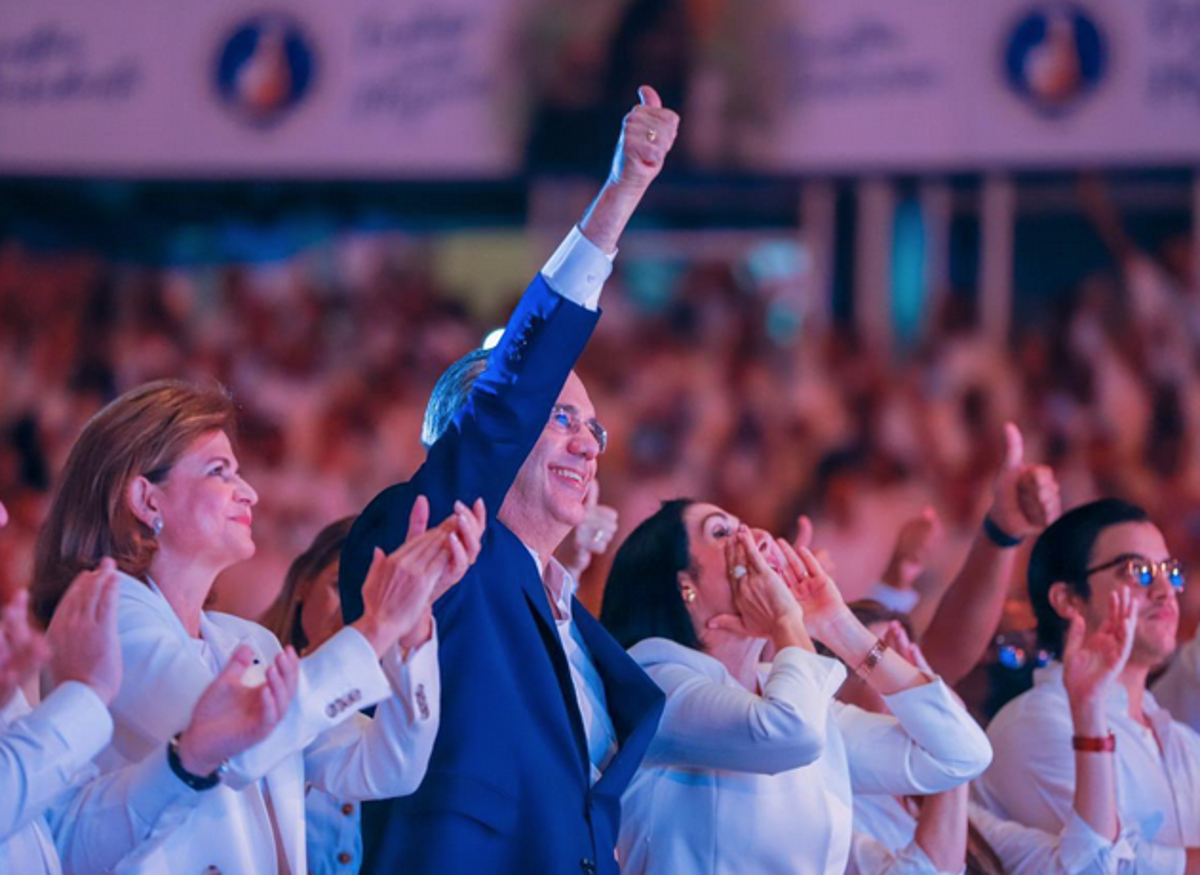 “Don’t look pa’trá,” which the headline of Listin Diario in its edition last Monday defined as the campaign cry of the PRM, in the voice of President Abinader, during the act of installation of the new authorities of that party; it says more than the ruler takes his time.

Those close to Abinader would say that the ruler does not want to rush his launch of the 2024 reelection campaign but will wait even longer, to the mortification of his opponents who would like to attack that weak flank of a day at the wrong time, two years earlier.

Perhaps, for this reason, the legal consultant of the Executive Power, Antoliano Peralta Romero, rejected the opposition allegations that President Abinader launched himself into the reelection race with his speech. Instead, Peralta Romero was in the board of directors’ second row and enthusiastically applauded.The admonition where the president challenged his opponents to “contribute or withdraw” took place in an act very well organized in the sports palace of the Olympic Center in the capital, with the participation of delegates from all over the country and the cream of the PRM and friends.

Abinader showed his claws. As in previous political speeches, last Sunday, he provoked his opponents. As Dr. Balaguer and rulers did after his 22-year-old age, he did not expressly define his plans for 2024, but what he has “in pectore” is assumed.

The ruler does not find reasons to evade a candidacy in the upcoming presidential elections, but many follow the request of his supporters, who not long ago derogated from the PRM regulations the non-reelection, citing that the Constitution authorizes it.

Almost the entire Dominican world thinks President Abinader will seek a second term, as his predecessors Leonel Fernández and Danilo Medina did, with success. However, the one at the forefront of the challenge to President Abinader is precisely Fernández, three times president.

If he achieved his purpose, Dr. Fernández, who worked day and night to consolidate himself as the main adversary with a presidential figure, would want to enter the narrow circle of rulers who repeated in office after the fall of the Trujillo dictatorship, ruling by 31 years.

Fernández, an inveterate fighter for the Presidency, attacks the flanks that he understands to be weak in the current government, barely recognizes anything good, and refutes the arguments that the economy, tourism, construction, and free zones are fine, as he did in his article Monday in LD.

Leonel would “cut out the eyes” of those who were already friends or adversaries, would suggest that he is out of reality in his attempts, as the journalist and historian Miguel Guerrero did days ago in an open public letter to whom he did not respond and possibly will not in the future.

Abinader attacks
In Abinader’s attack on his opponents in the political assembly, not only was the substance of his message highlighted, but also the defiant and provocative body language, knowing that such an attack would find the opposition’s reaction and perhaps drive the opposition crazy.

President Abinader, apparently enthusiastic because his oratory piece would give him the “momentum” of politics, warned voters that the time for the other mandates “has already expired,” an unnamed reference to Fernández and Medina, whose determination is to maintain the game with enthusiasm even if it is not for his harvest.

Abinader knows that Fernández has many resources; he has an oligarchic sector that grew beyond power during his three terms in government, a military sector that, in their comfortable retirement, ruminates on nothing but a return to well-paid positions, to the influence that emanates power.

Fernández has his popular sector that no one knows for sure how big it is in a forgetful society, which a few years ago followed the standard-bearers of the popular trials against the politician for the accusations of corruption in his quadrenniums. Heartbroken then, the former ruler demands another turn.

President Abinader works day and night, to the point that some of his followers and scholars of human behavior believe that he should rest more. But, contrary to the popular saying that Dr. Balaguer worked 24 hours a day, the truth is that he slept a lot during afternoon naps.

Like Abinader, who did not visit Juan Dolio, Fernández and Medina did not use the presidential house either, which deteriorated to the point that when President Guzmán arrived in 1978, he had to order its remodeling and restore the household items stolen by the personnel of the service and custody.

A journalist who frequently visited the beach recalled how surprised he was when, at the home of a family of villagers, they offered him coffee in a Bavarian porcelain cup while he ate his lunch of Boca Chica-style fried fish with tostones. The piece came from the presidential house.

The gangs in Haiti
President Abinader is concerned that armed gangs had taken over the streets of cities and countryside in Haiti, which is a reminder of what happened in Jamaica in the summer of 2010 when the government of that island had to send soldiers and police against the Christopher “Dudus” Coke’s stronghold, in Kingston, the capital.

Coke and his followers had established themselves in Tivoli Gardens, a slum in the capital, and from there, protected by weapons and drugs, they challenged the government’s authority. Finally, at the end of June of the mentioned year, Coke was arrested and extradited to the USA after a balance of many deaths.

The weak government of Haitian Prime Minister Ariel Henry has neither the strength nor the legitimacy to garner widespread support and launch an offensive of blood and fire against the various gangs that swarm the country and that apparently have the sympathy of one or another rootless Dominican criminal.

The Dominican side could do what Israel and the United States have done many times, which is to cross borders and capture terrorists and criminals who have attacked their interests, such as kidnapping and murder of people, vehicle theft, and drug trafficking and weapons.

We need to look back to judge you. There are no plurality in Dominican politics (you all think alike and are manipulated by the same Dominican oligarchy and US embassy). All we do is change the individuals (or thieves) in charge of the executive. The intrinsic form of government, democracy, has allowed the fostering and growth of insecurities, destruction, and unchecked demographic explosion and illegal settlements.
Therefore, this is just another coronation of people who want to fuse DR with its neighboring country.
And to the enemies of DR, we are preparing ourselves to stop you and spoil your plans!

The enemy is your president