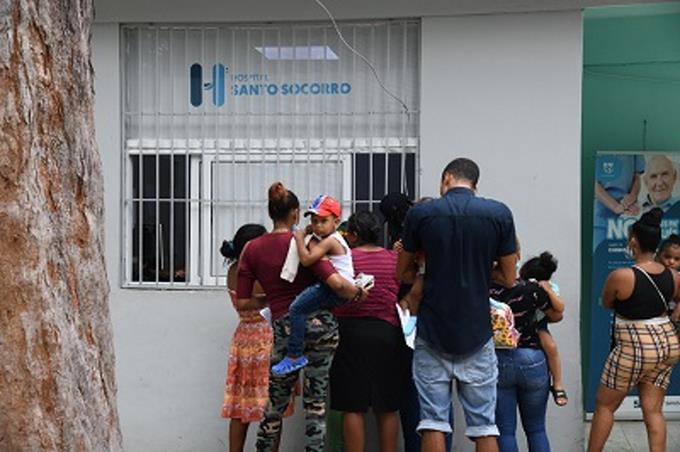 Hospitals such as Hugo Mendoza and Santo Socorro reported a frequency of at least two children per day in the first medical facility and one every seven days in the second, during the last weeks.

The statistics of the cases of minors admitted for dengue in some of the main children’s medical centers of Greater Santo Domingo have reached minimal or null figures.

Hospitals such as Hugo Mendoza and Santo Socorro reported a frequency of at least two children per day in the first medical facility and one every seven days in the second, during the last weeks.

However, as of Friday, June 24, neither of these two child care medical centers had admissions for this disease.

According to the communications departments of each campus, the frequency of patients has been progressively decreasing and they recognized that the number of cases they have treated to date is typical of the season, for which they were prepared.

In this sense, Juandi Mejía, a collaborator of Santo Socorro, stated that the hospital has held sessions in the surrounding communities to guide the locals in the prevention of breeding sites that give rise to the dengue-transmitting mosquito.

On his side, Masiel Durán, in charge of communications at Hugo Mendoza, explained that they carry out campaigns through social networks, also with the aim of reducing the annual dengue statistics in the country.

According to the most recent epidemiological bulletin of Public Health, corresponding to Epidemiological Week (EW) number 21, 153 probable cases of dengue have been reported.

Likewise, the health authorities revealed that more than half of the possible dengue patients are concentrated in Santiago, Santo Domingo Norte, San Cristóbal, Santo Domingo Este, Los Alcarrizos, and the capital.

In the last four Epidemiological Weeks, 515 cases of dengue have been reported, for a total of 1,904 cases.