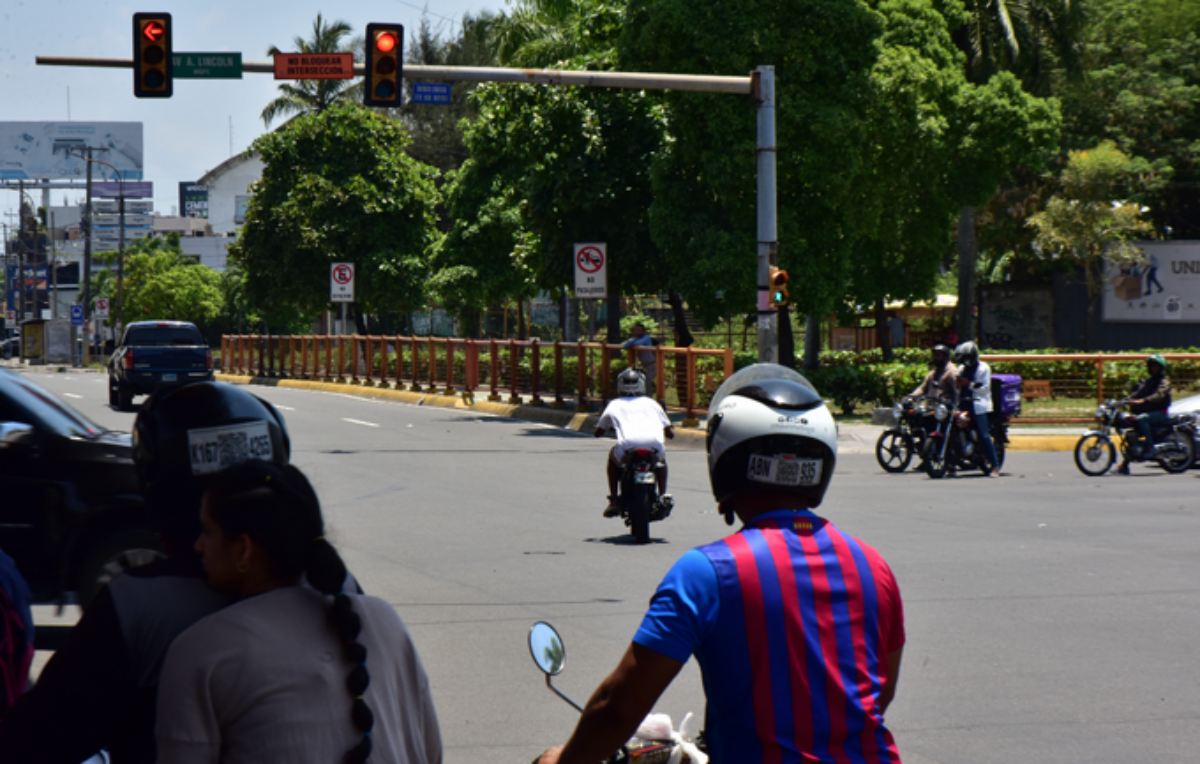 Motorcyclists and truck drivers take the avenues for themselves without respecting the red light of the traffic lights, endangering others.

Santo Domingo, DR
Disrespect for the red light of traffic lights is becoming a daily practice in the streets and avenues of Greater Santo Domingo.

Vehicles of all types cross corners at full speed even though the green light gives way to those traveling in another direction.

Although this type of violation of the law is committed at all hours of the day, at night, the truck drivers and motorcyclists cross unstoppably as if the red signal did not order them to stop.

Motorcyclists in their various forms (delivery, motoconcho, messengers) are the “kings” of these irregularities, from running the stop sign at high speeds and inconsistency, which can lead to tragedies.

Those who drive on four wheels are not left behind, being in second place after the motorcyclists, who pass by stealthily and wait for no one to wait for them to cross the road and burst in an unsuspecting manner; at the same time, they disregard the law.

The delivery drivers, in their eagerness to get their orders into the hands of their customers on time, do not care about traffic laws, flagrantly violating the rules.

Intersections such as John F. Kennedy, Máximo Gómez, 27 de Febrero, Bolívar and José Contreras avenues, among others, their users are in charge of bringing out the most hostile and arid side of humanity, putting on the table the little human decency and the minimum value for life.

Just as reporters of Listín Diario were observing the traffic in one of the busiest avenues of the capital, a gray 4×4 truck, after having blown through a stop sign, got stranded in the middle of the street where it almost hit a cargo truck, which resulted in a fine by the members of the General Direction of Transit and Land Transport (Digesett).

On that same corner, yesterday, more than 20 citizens in different types of transportation committed offenses against the regulations without being penalized since the number of cars exceeded the number of agents.

Some of them are in the presence of the transit authorities, some waiting for the chance to carry out the harmful actions that sometimes could end their own lives and the lives of those around them, including those who comply with the regulations.

Other offenses committed by those who drive are not wearing seat belts, driving at high speeds, carrying children under 12 years old in the front seat, in the case of motorcycles, more than two people per seat, loud music, and driving under the influence of alcohol.

Disrespect reigns in streets and avenues
When the color red is posted on the metal railings and wires with the mission of signaling that drivers must stop their vehicles, slow down, and in the row position stay alert until this color changes to green and allows them to continue on their way again, some desperate person appears to break the law.
0 0 votes
Article Rating
8 Comments
Oldest
Newest Most Voted
Inline Feedbacks
View all comments
Paul Tierney

The ignoring of red lights is a result of arrogance of authority, operator ignorance, and notorious lack of traffic enforcement.

Ok there making a big deal but for years no one has done anything about it what good is complaining if the countey is going to continue doing whatever they want there is no Respect and Structure like there is in the United States. Thats why when Dominicans come to the U.S.A. and try to think there in Santo Domingo they get arrested because out here its a whole different ball game and we in the states do not tolerate this foolishness.

These Americans are ruining our country. Now all these things are a (problem) stop trying to change our culture. If you don’t like it, leave the country.

What the hell are you talking about. I’m American I live here with my Dominican wife and daughter. Law and order can save your life. They understand that! Are you actually saying that stupidity that could cost you your life and maybe someone else’s is part of the Dominican culture? I will bet you the smart Dominican people will totally disagree with you. The only thing that will fix this unfortunately will be a total transformation from the ground up starting in the public school systems. You are not going to change these adult ignorant drivers to suddenly start obeying the law and possibly doing something that could save their own life. You my friend are part of the problem.

Dear The Truth Hurts: I will write this in English considering the audience. Your comment show incredible ignorance. We Dominicans are equally annoyed and in feel in danger from drivers running through red traffic lights. Traffic safety has nothing to do with what country you fail from. I am sure you have not lost anyone in a fatal car accident. My family has… you should really think before posting non-sense and ignorance. Sorry, but I know the truth hurts.

I’m an 11 year old child and even I know that what your saying is nonsense. As I was born in the Dominican Republic, I am already aware of all of this. For your information Americans are not ruining our country, they’re making it better. All you are doing is making you and everyone who thinks that way look dumb.

Not only disrespect of life in the streets but also all other aspect of life in DR from corruption in governance (and corrupted institutions) to disobeying the laws and constitution. Money, and whoever has it, is valued above the laws and due process.
We need to plant respect, morality, rectitude, discipline, loyalty, order, and law as it was in the 1950’s. Democracy has eroded culture, law, history, decency, order, tranquility, environment, respect, etc.
I not longer believe in democracy and it must judged and displaced!