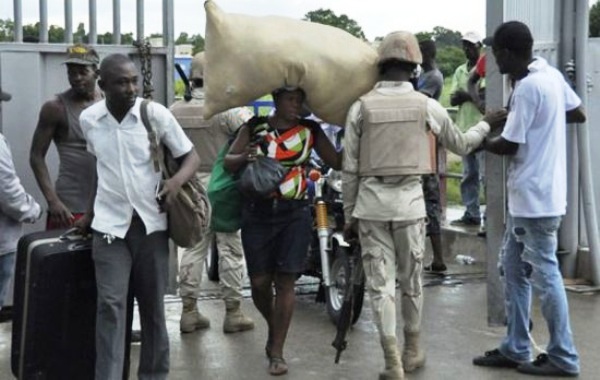 Santo Domingo.- The Dominican Government has decided to adopt a more active stance against the traditional strategy of disinformation and manipulation assumed by groups from Haiti and the Dominican Republic to weaken the migration strategies of the Dominican Republic.
In addition to the campaign led by President Luis Abinader that the Dominican Republic cannot bear the Haitian problem and his invitation to the international community to come to the aid of the neighboring country, marked by violence and control of territories by criminal gangs, the Dominican Government has resumed the actions of retention and repatriation of hundreds of illegal Haitian immigrants.
The reactions have been similar to previous occasions: complaints of human rights violations, disclosure of false events, manipulation of situations and statements by pro-Haitian organizations denouncing the Dominican authorities.
However, it has been notorious that the Government has decided to go to the front of these campaigns by offering information that counteracts the versions of those who in practice oppose the application of Dominican immigration policies and distorted information coming from the Haitian side.
In the last month there have been situations in which the Dominican Government has had to come to the fore.
Rosary beads
The first case occurred in Ciudad Juan Bosch; An Immigration patrol was repelled with stones by illegal Haitian immigrants and then groups initially disclosed that they weren’t,
The melee led to the deportation of over 500 illegal Haitians.