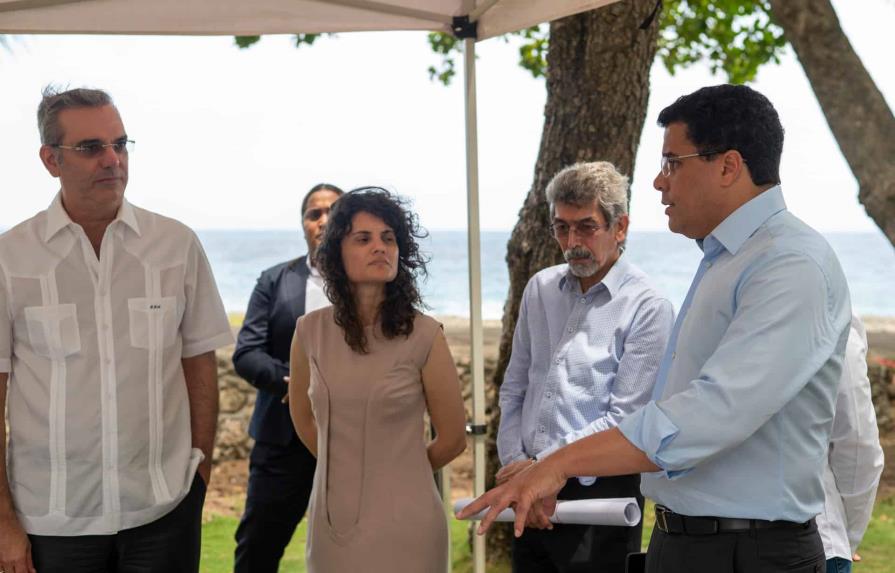 Santo Domingo has lived with its back to the sea. This is true both for the National District with its famous Malecon and for the municipality of Santo Domingo Este, the one with the highest growth and population in the country.
The neighbors, anticipating their authorities, began a few years ago to regularly visit the wonderful natural space that allows them to integrate the Caribbean Sea into their daily lives.

Yesterday, President Luis Abinader received from the members of Ceiztur, from the Monumental Heritage of the Comprehensive Tourism and Urban Development Program of the Colonial City, and from the Minister of Tourism, David Collado, the explanations of this work that has already begun and that will be delivered in 2023.

The project is ambitious: an investment of 600 million pesos (US$11 million) for the conditioning of five kilometers.
Shaney Peña, who directs the Planning and Tourism Projects Directorate of Mitur, was in charge of leading the president through some plans designed to make the most of the land. The width, she explains, “allows much better work than on the boardwalk in other municipalities.

The sidewalk will be widened, a bike lane will be included and the existing parking lots will be refurbished.”

US$ 2,400,000 per kilometer to widen the sidewalks, make a bike lane, and refurbish parking areas. The high costs of construction materials and labor cannot influence this cost. There has to be something more that is unsaid to be added to account for it?

Good news !!! It’s nice that the government is investing in this type of a project. The citizens who live in the area are the true beneficiaries of this project.