Mental health care in the doldrums 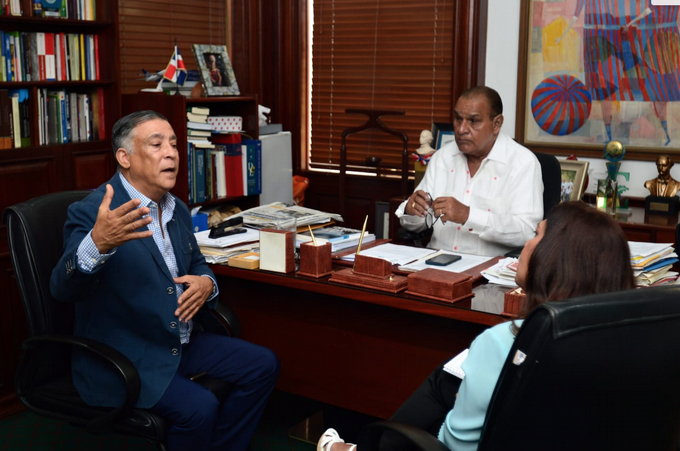 Although he considers San Francisco de Macorís (SFM) to be a model city in psychiatric care, where two important medical units operate, one public and one private, psychiatrist Pedro Comprés is convinced that at a macro level mental health is collapsed on the Dominican Republic.

The specialist, creator 30 years ago of the first public mental health unit, and four years ago of the largest private psychiatric care center, bases his statement on the excessive demand for the care they receive and the great shortage of beds, specialists, and intermediate care hospitals in the country.

“Mental health care needs an urgent SOS, because I wonder if that is in San Francisco de Macorís, where we have public and private services, then what is happening in other provinces where there are no psychiatric beds,” he said. Comprés, director of both centres, visiting the director of Listín Diario, Miguel Franjul.

Intermediate hospitals
He said that as a result of the abolition of the Padre Billini Psychiatric Hospital, without having completed a scheme of short and medium-stay admission centers, a care vacuum was created in the country and caused psychiatric patients to wander through all the cities because there are no intermediate care centers to have them.

For this reason, Comprés suggests that four intermediate care psychiatric hospitals be built in the country, with a capacity of 50 beds each, located in the North, South, East, and Santo Domingo regions, to meet the need for admissions of patients who require more time to stabilize.

He said that other crisis intervention units, mental health personnel, specialists in different branches of mental health, and beds for admission are also needed because family members wander from one place to another in search of hospitalization.

In his visit to Listín Diario, Comprés narrated that when he finished his specialty, 30 years ago, he settled in his native San Francisco de Macorís, creating there the first public mental health unit in a building apart from the hospital, which became a model care center, with a capacity of eight beds and four consulting rooms, where patients from different provinces are referred.

Given the high demand for care, he explained that this unit had become insufficient, so together with a multidisciplinary team, he founded the Serenity Therapeutic Community and Mental Health Rehabilitation service four years ago.

IN PRIVATE POINTS
Comprés said that Serenidad is a pioneering private center and the one with the largest capacity in the country, with 33 admission beds. It is the only one, he added, with the fourth level of mental health care in the country, authorized by the Ministry of Public Health.

Mental health care has been in the doldrums forever. The institutions that do exist are nothing more than hidden warehouses with little or no care for the mentally afflicted.