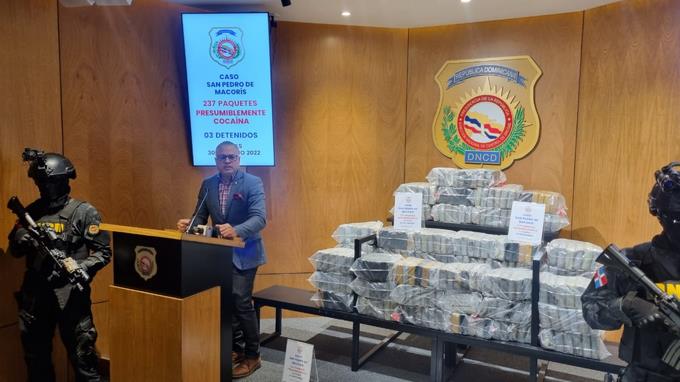 Santo Domingo.-  The Navy and the Army of the Dominican Republic confirmed that two of their members are involved in a shootout where 237 packets of cocaine were seized in Juan Dolio and offered their identities.
In the case of the Navy, it is Frigate Captain Kelvin Agustín Mejía Herrera (ARD), who, according to the Navy statement, was serving outside that institution.

Mejía Herrera is being processed for the suspension of his functions. “In such a way that his military status does not affect or interfere with the actions of justice, to which he will be immediately submitted.”

We all know who permits the introduction and export of illegal drugs! A sudden amassing of wealth from someone who earns DR$15,000 a month can only be explained like the article says!