Customers will pay more for energy from this month 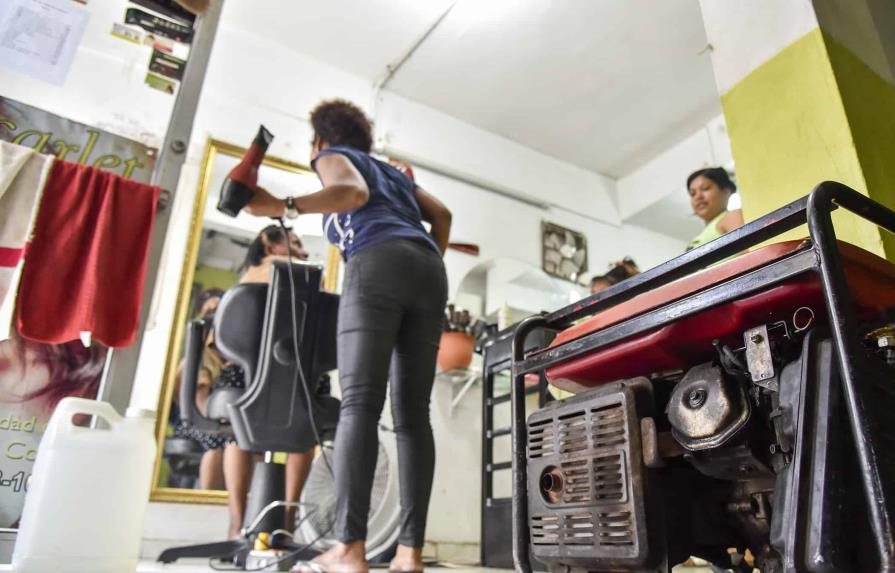 Small businesses, such as beauty salons, rely on power plants when there is a power outage (DIARIO LIBRE/ARCHIVO).

If the current rates for electricity consumption in October last year and the new ones that will be in force as of today are taken as a reference, in nine months, residential customers who consume between 0 and 300 kWh will register increases ranging from 221.66 pesos to 661.70 pesos and small businesses from 370.98 pesos to 1,096.14 pesos.

With the transition tariffs that the Superintendencia de Electricidad (SIE) approved for the July-September quarter, as part of a gradual dismantling of the electricity subsidy, a residential customer of Edesur who paid 4,311.55 pesos for consuming 464 kWh in June if he consumed the same in July would pay over 4,650 pesos.

Another Edeeste customer paid 1,492.48 pesos for consuming 215 kWh in June; if he registers a similar amount of energy in July, he will pay over 1,610 pesos this month.

Since November 2021, the SIE defined by resolution the energy tariff to be applied by a range of energy consumption and types of regulated by the electricity distribution companies, being 80% of the portfolio residences and small businesses, that is, about 2.7 million customers.

The objective is to gradually eliminate the electricity subsidy by 2026, within the framework of the Electricity Pact signed in February last year. However, every month, the Government will have to allocate 2,426.73 million pesos during this quarter as a subsidy.

The adjustment has not been to the liking of customers of the distribution companies. According to the authorities, some complained about deficiencies in the supply due to blackouts registered in the last few months due to the shutdown of generation plants for maintenance.

“To further increase a service that we do not have and the salaries are the same,” commented a follower of Diario Libre on Instragram.

Another wrote: “This month (June) the bill came to me with more than a 40% increase. I have the same appliances and more blackouts. That means that blackouts are more expensive”.

The dismantling of the subsidy has coincided with a significant increase in fuel prices in the international market due to the COVID-19 pandemic and the Russian invasion of Ukraine; the costs used to calculate the new tariffs between February and May of this year 2022. The price of fuels determines more than 60% of the price of each kilowatt of energy.

For residences (BTS-1) that consume between 301 and 701 kWh or more, it should have been between -6 and 2 %, but the adjustment was set at 7.6 %. The same happened with small businesses (BTS-2), which should have been between -6 and 6 %; instead, it was also set at 7.6 % in all ranges to reach the subsidy goal and achieve the dismantling in the stipulated time, explained to the SIE.

“In summer, with the heat, more air conditioners are turned on, etcetera, therefore, when you sometimes perceive an increase in the energy bill it is not always because of the tariff, it is because of the increase in consumption,” said yesterday in a television interview the Minister of Energy and Mines, Antonio Almonte.

This is ridiculous. I’m just glad I don’t have an electric car.