The RD$1,500 savings with which Anarielys undertook a great business venture 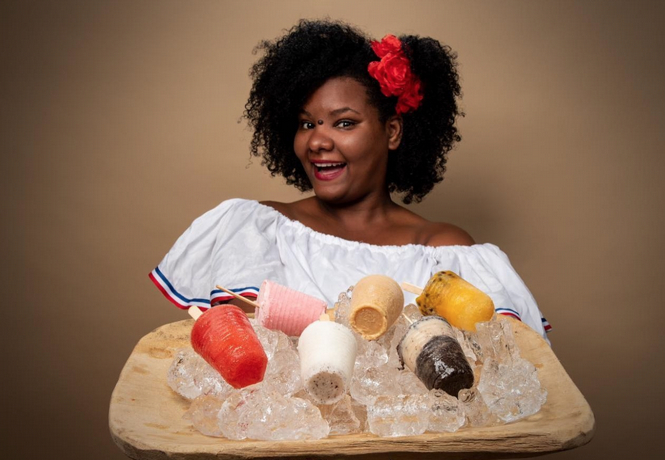 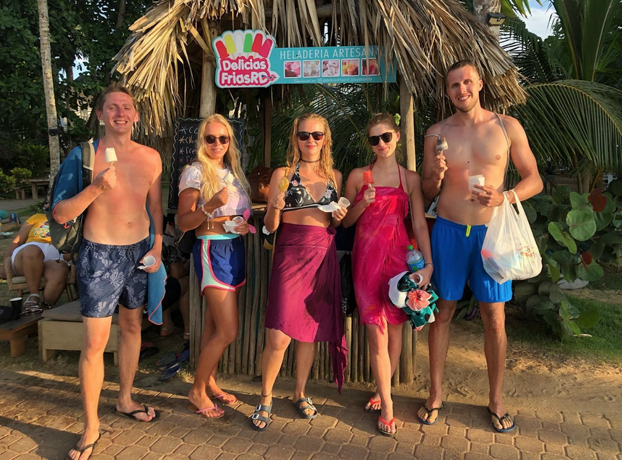 Goal: “I was employed, but my income was not much, so I saved from the little I earned.

Santo Domingo, DR
With a budget of RD$1,500 and no knowledge of commercial activities, Anarielys Alvarez started her first business in 2019, “Artisanal ice cream, made from natural fruits and without coloring,” which she later called “Delicias Frías RD,” located in the municipality of Las Terrenas.

This project was born out of the need for this young woman to work, and her salary was not enough to meet her needs. According to what she expressed to a journalist of this media, her ice cream shop is the fruit of a moment of “crisis” from which she felt she had to get out.

“I was employed, but my income was not much, so I was saving from the little I earned while I prayed. I wanted something good, unique and life-changing,” she said of how the first thoughts of being independent came to her.

Despite that process of saving and petitioning, it took about a year to have the vision of making artisanal ice cream, and he considered that moment to be the answer to his prayers.

“A difficult beginning because I had the idea. However, I did not know how to prepare any recipe,” she said while noting that this weakness was not a stumbling block to paralyze her. Instead, she sought alternatives to learn and follow through with the plan.

“I took advice from my aunts and then complemented with video tutorials on the YOUTUBE platform. I had no blender or freezer, but I had 1,500 pesos in savings and the support of those closest to me,” she added.

Anarielys Álvarez pointed out that she put her first 30 ice creams to freeze in the freezer of a friend who lived seven kilometers from her home. Anxious to know if she would achieve the result she had created in her mind, she had a night of questions and doubts that were cleared up when the first rays of sunlight touched her face, and her friend gave her the “feedback” that the ice creams were very well made as well as delicious.

“I jumped with excitement and that nod was one more impulse to get to where I am today,” she said.

Faced with the impossibility of not having a freezer nearby and the right tools for her project, she later went to her great-grandmother’s house, who did not refuse and, in support of her great-granddaughter, bought her the first ice cream, which by then had a price of 30 pesos, according to the entrepreneur.

She also said that the lack of a store made her business a virtual store initially. Her ice creams were sold from the gallery of her house and at home. Then, using social networks, she made them known through these channels, adding more orders and acceptance.

He explained that two months later, knocking on doors and presenting what he was doing, a man gave him a used freezer that allowed him to increase production, and as a result, he received support from the trustee of his municipality, who collaborated to build a kiosk of wood and cane, in addition to permitting him to be installed in Playa Bonita de Las Terrenas.

“The first year was full of challenges, but those sacrifices have had their rewards. I have not been employed again,” she said.

As of today, Alvarez has two stalls in her community, four freezers, and two people working hand in hand with her.

She explained that sales go up and down depending on the season, but they are always good. For example, during Christmas and Easter, which she calls “high season,” she explained that she sells more than 2,500 ice creams per month, while during regular dates, the balance amounts to 800 to 1,000, with a value of RD$100.

A dream that comes true
The belief of this 28-year-old goes beyond what her words can express. Her gratitude and exaltation to the top reaffirm the road to success she has built.

“Delicias Frias is, for me, an immense gift from God and life, and I dream that someday I will be able to reach every corner of my country, leaving a mark with my brand to be an impulse for other young people.

One more approval.
She is optimistic. She sees every step she takes in her life and project as an engine, an inspiration to go the extra mile.

“When I get an ice cream and people respond by buying it to take home or returning some time later, for me it’s an endorsement and support for what I’m doing.”

Good for her ! She had determination to do well and she has.