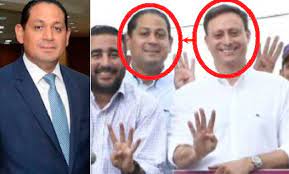 Santo Domingo.- .Long before the tender for the Prison System Humanization Plan was officially published, former top prosecutor Jean Alain Rodríguez and the members of the Medusa network had already selected the construction companies that would be the winners.
These had to return a “toll” of 20% of the total amount of the contract in favor of the members of the corruption network, which allegedly bilked the State out of RD$1.o9 billion.
This is revealed by new documents from the Public Ministry investigation to which Diario Libre had access and which were deposited on Saturday night with the formal accusation of the Medusa case,of3,500 pages.
The document establishes that a renowned engineer (whose name was not revealed) was contacted by Rafael Stefano Canó Sacco, the former head of Rodriguez’s cabinet, and now a fugitive in Spain.