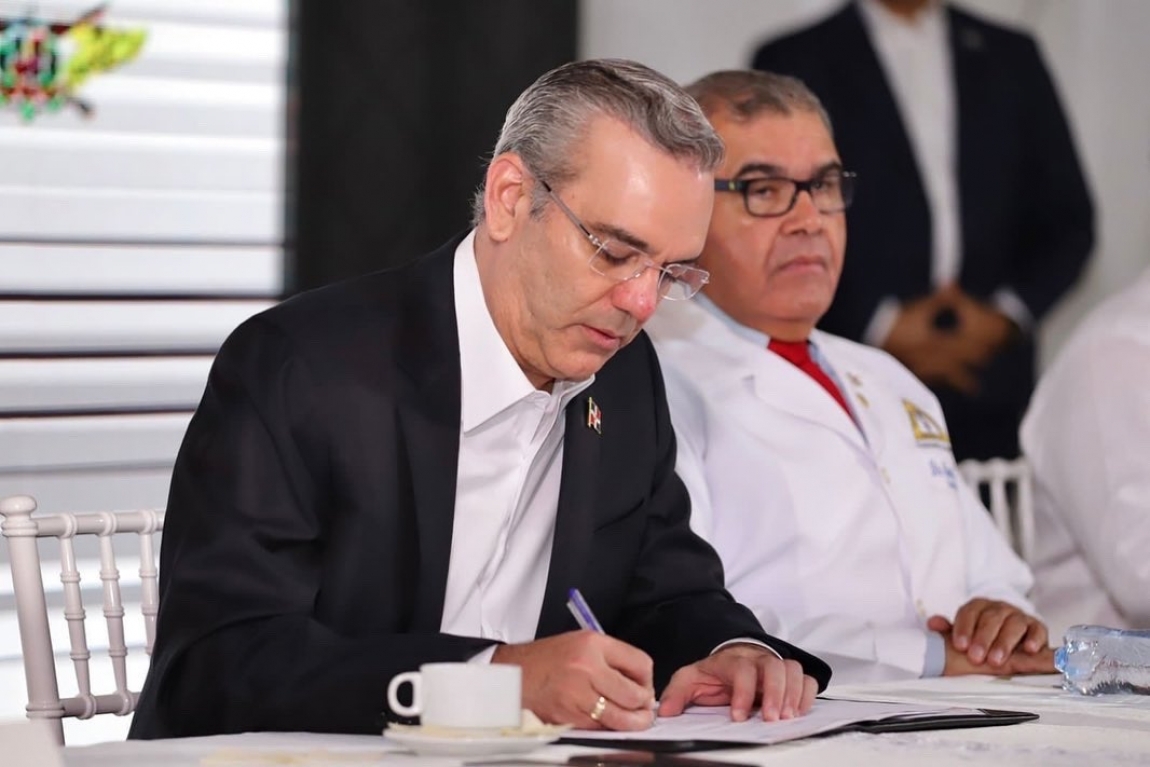 President Luis Abinader signs the agreement together with Senén Caba.

In an act headed by President Luis Abinader and the doctor Rufino Senén Caba, who chairs the Dominican Medical College (CMD), announced this Wednesday the national opening of medical residency programs.

Senén Caba stressed that making the provinces available will provide quality medicine by training native doctors from their respective regions, contributing to marginality, exclusion, and poverty.

“That is what it is about, advancing in the training of better quality professionals, more humane and caring,” he said.

While President Abiander, speaking at the national opening ceremony of the medical residency programs, said that this initiative will bring health “for everyone in every corner of the country, substantially improving the system hand in hand with the best possible human capital.”

He stressed that supporting and promoting areas such as the medical residency system is not only a matter of principle but rather a far-reaching political decision.

It established that medical residencies regulate, plan and execute the supervision of the training of medical specialists, following the legislation and health policies.

“The current initiative to expand the Medical Residence programs, in addition to the new health establishments and with the opening of the new 1,200 places, will allow to influence the health problems of 75% of the national geographic,” said Abinader.

“We are going to substantially improve the system and we are going to do it hand in hand with the best possible human capital,” said the president.

He also thanked the country’s Medical Residency System for its historic contribution to the professionalization of health services in hospital units throughout the country.
He explained that the Medical Residency is part of postgraduate studies, whose training programs for Medical Specialists are developed in teaching hospitals and community institutions related to Primary Health Care.

He said that the Medical Specialties programs that for decades have impacted the coverage of specialized medical care and that have been decisive in maintaining health standards would continue to meet their objective due to the government’s unwavering support.

The event was held in the Doctor Durán Bracho room at the CMD headquarters, where members of the entity’s National Board of Directors were also present.

Another intensive for Haitians to cross our border illegal. I hope they leave some beds for Dominicans, we all know the Haitians have taking over all DR public hospitals.

I just spend the better part of 8 days last month in a Dominican hospital. I did not see what you proclaim to be happening. Sometimes you should go see for yourself.