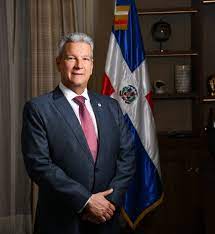 Santo Domingo,- The company Mac Construcciones responded to the Chamber of Accounts about the accusations of irregularities in the process of awarding works in the Humanization Plan of the Penitentiary System of the Dominican Republic.
The report of the Chamber of Accounts established irregularities in the Award Act, under the understanding that “each tender should be composed of five members, however, the minutes that award the tenders were held by four members, missing the person responsible for the Area Planning and Development”.
To this, Rocío Báez, legal manager of the company led by Lisandro José Macarrulla, charged in the Medusa case by the Specialized Attorney General’s Office in the fight against Administrative Corruption, replied that the responsibility for this fell on the Attorney General’s Office