Grandmother of Josefa Castillo receives tribute on her 102nd birthday 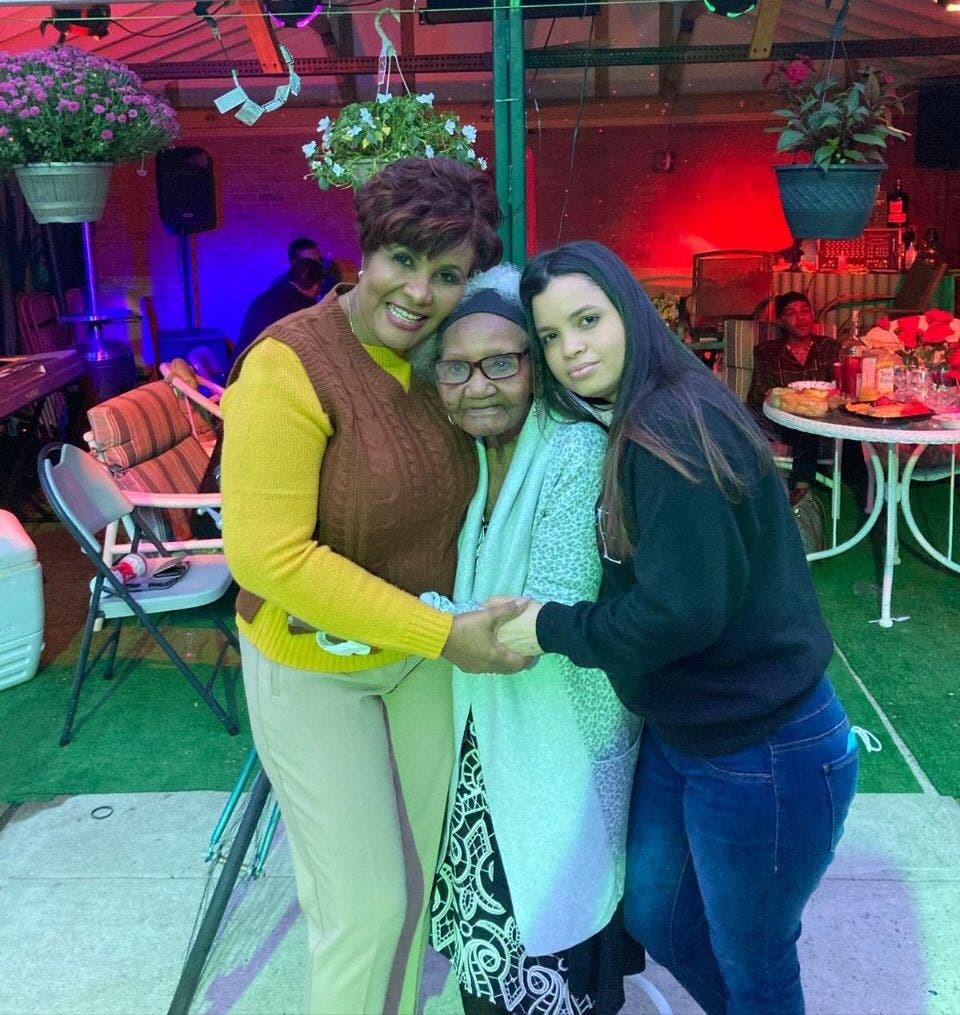 Surrounded by the affection of her loved ones, Josefa Soriano, widow of Castillo, reached her 102nd birthday, an age at which she still enjoys music listening to and dancing to an excellent merengue to a gentle rhythm, doing some other household chores, staying active and tasting the typical dishes of your choice.

Son Raphy Castillo was the one who organized the assembly, the celebration, and the invitations for the significant birthday. He brought her to the United States, where she lives in the care of a daughter, in 1990.

Among her grandchildren is Josefa Castillo Rodríguez, Superintendent of Insurance of the Dominican Republic, member of the Executive Directorate of the Modern Revolutionary Party (PRM), and four times deputy to the National Congress.

Josefa Soriano was born on June 29, 1920 in the town of San José de los Llanos, San Pedro de Macorís. Her parents were Jovita Soriano and Ángel Saturria. Jovita worked as the midwife of the town of Andrés, Boca Chica.

Hundreds of men and women, many of them today professionals, technicians, lawyers, doctors, and politicians, were received at birth in the hands of this midwife who helped their mothers give birth. But unfortunately, she passed away at 100 years old.

Her father, Ángel, was a farmer dedicated to working the land. He was born and lived in Victorina, a sugar cane field. His death occurred at 104 years of age.

From San José de Los Llanos, Josefa Soriano went to live in Boca Chica as a young woman after marrying Miguel Castillo (Alemán) at thirteen, who was then eighteen years old and worked as a union leader and worker at the sugar mill in Andrew.

He was also a bohemian man who, upon arriving from work at the mill, played the guitar in the afternoon in the gallery of the house. He enjoyed listening to the son. From him, his son Raphy Castillo inherited his vocation to play instruments and his taste for music. He died in the year 1982.

For her part, Josefa Soriano, of remarkable intelligence, was interested in plants and their healing properties, a knowledge that she used in the role of a naturalist in Boca Chica, making homemade infusions to combat discomfort and sudden ailments.

Raphy relates her longevity to her good humor, always a warm smile on her face, and the quality of life that her children and family have given her.

“Soriano’s state of health is stable without any complications. She keeps scrubbing and cleaning, not very often, but she tries to stay active. She raised thirteen children, eight of whom are living. She has fifty-six grandchildren, as well as great-grandchildren and great-great-grandchildren. She also has two children of the great-great-grandson
in the fifth generation. Her birthday is celebrated every year with all her generations in attendance and family friends,” she adds.

“In her youth, she was homely and helpful to people. She had the gift of making home remedies. I took her with me to the United States in 1990. She eats everything, but what she likes the most are vegetables, fish, and chicken wings,” says Raphy without hiding his pride in his elderly mother.

But Josefa’s durability, according to Raphy, is related to the consumption of organic food, such as the vegetables she grew on her house patio.

At her age, Josefa Soriano sings and dances. In her most insistent memories, which she usually tells, she evokes the beautiful romance she had and her life next to her late husband, a bohemian singer.

Raphy, who was in the Luis Ovalles orchestra, has his musical orchestra “Sexteto Quisqueya,” a sonero salsa group. He is also an employee of a private company. He specifies that the birthday celebration was attended by 130 guests with the participation of the singer Henry Castro, a merengue player from the 80s, and Chino Méndez, a renowned broadcaster and salsa singer, was in charge of the master of ceremonies.