Showers in some regions and hot temperatures forecast for this Saturday 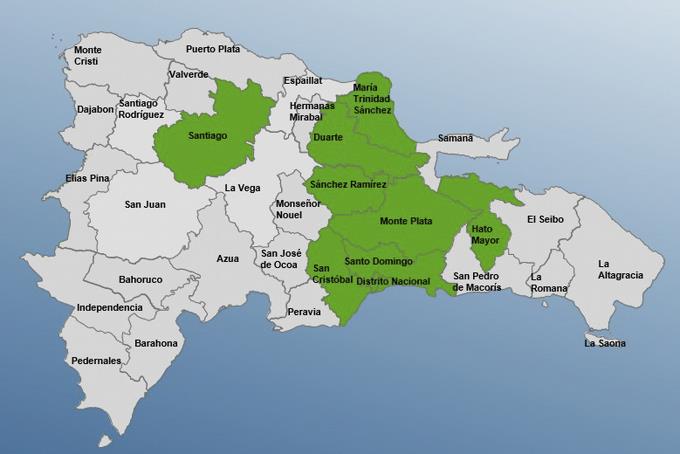 A trough has caused the recent rains.

Santo Domingo, DR
For this Saturday, scattered rains with possible thundershowers and wind gusts are forecast over some localities of the national territory.

According to the weather report issued by the National Meteorological Office (Onamet), these precipitations will occur in the afternoon, mainly over the northeastern and southeastern regions, the Central Cordillera, and some points of the border area.

Although today, a tropical wave will transit the waters of the Caribbean Sea, this phenomenon will not affect the intensity or prolongation of the downpours.

As for temperatures, according to the agency, they will remain high, so the heat will be present both this Saturday and tomorrow, Sunday.

Precisely for tomorrow, the Onamet forecasts a sunny outlook with little chance of rain.

In Greater Santo Domingo, the maximum temperature will oscillate between 32°C and 35°C, while the minimum will remain between 23°C and 25°C.

Eight provinces are on alert.
At noon on Thursday, the Emergency Operations Center (COE) issued a green alert for eight provinces due to a trough manifesting itself at different troposphere levels.