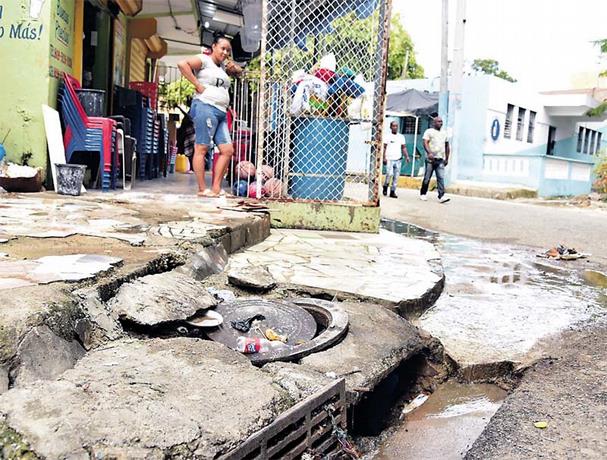 In Maquiteria they ask for more police surveillance. JORGE MARTINEZ.

Maquiteria is a sector of East Santo Domingo in which criminal acts abound, according to some residents. Still, they do not want to speak publicly for fear of being attacked by those who engage in this activity.

When journalists approach them with fear and look everywhere, they claim that “here the walls have ears.” This is how a young woman responded when asked about crime in the sector. “Here, the antisocials have a reign of terror, and no flies enter a closed mouth,” she said fearfully.

When the needs of the sector were discussed, they responded loudly due to the lack of water, and energy, deterioration of the streets, and the precarious collection of garbage. Still, if the topic of “crime” is brought up, silence is the answer. The precariousness and marginality are visible. Streets in poor condition and a boulevard that looks forgotten. José Castillo, one of the few Maquiteria residents who identified himself, said: “Look at the mayor inaugurating a bust, but here we are with holes and garbage, and Manuel Jiménez smiles at the television.”

But amid its calamities, many honest people from Maquiteria earn a living as barbers, bikers, and in charge of improvised dining rooms, like a light at the end of the tunnel within so many problems and insecurities.