Haitian national arrested after attempting to enter the country with 657,600 pesos 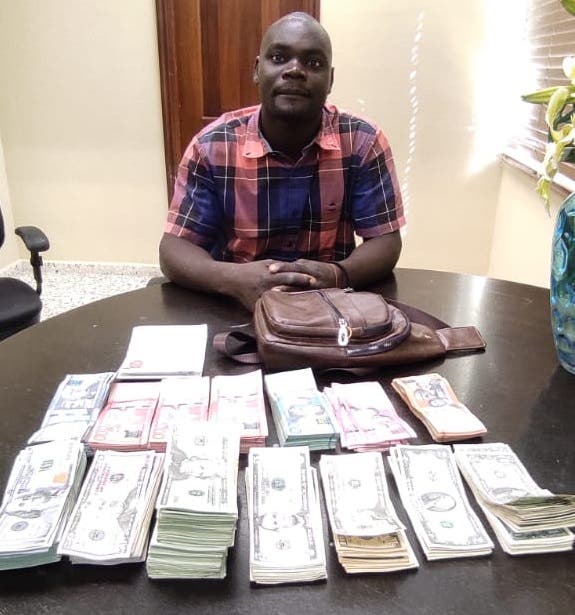 Dajabón. The Cuerpo Especializado de Seguridad Fronteriza Terrestre (CESFronT) in coordination with the Dirección General de Aduanas (DGA) detained a Haitian national for attempting to enter the country with a large sum of money without the proper declaration.

The foreigner Pierre Saint-Pierre, who presented a suspicious profile, was seized for 24,611.00 dollars and 657,600.00 Dominican pesos.

The agents explained that the money was transported attached to his body.

Two cell phones were also confiscated, one iPhone and the other Samsung, and a passport, identity card, and driver’s license of Haitian issuance.

Members of the CESFronT, assigned to the Border Operations Base Batalla Sabana Larga, through intelligence work at the checkpoint “El filtro,” located at the Dominican border crossing Dajabón – Ouanaminthe.

The detainee, with the documents and the seized goods, was handed over to members of the General Customs Directorate (DGA) of this demarcation, for the corresponding legal purposes.

Suspicious profile indeed, guess information about him and his body cargo was provided to CESFRONT long before he crossed the border. One has to ask, why was he singled out? Maybe the makings of a turf war among border mafias for area control is the cause of the arrest, …all is speculation.

The only mistake he made was wearing a shirt that was too nice and of course, being Haitian. How many times have I ridden on the Caribe Tours bus or the Executive Coach Line bus between the two countries. Haitian and Dominican money changers hop on the buses at the borders of both sides and are allowed to cross back and forth without any immigration clearances. They approach passengers on the buses and change money for them. I’m sure they found Haitian money on this guy as well. That is what is done and continues to be allowed at the border crossings. As anyone who drives these routes will tell you – what is what! I’m sure this is a shakedown by Dominican authorities. All the border crossings between the DR and Haiti are hells on earth. The most corrupt places on the planet.