Medusa case had money for all 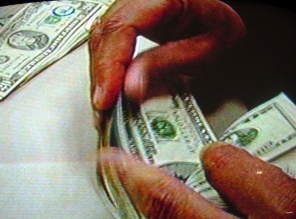 Santo Domingo. -The irregularities that former attorney Jean Alain Rodríguez would have committed also include using more than 28 million pesos belonging to the Attorney General’s Office (PGR) to pay for the trips abroad of several of his relatives, friends, and close collaborators.

This is stated by the Specialized Attorney for the Persecution of Administrative Corruption (Pepca) in the file of the Medusa case, which establishes that during his four years of management, the former official had no limits to embezzling the economic funds of the entity that he directed .

The accusatory document details that among the beneficiaries of these trips are the mother and wife of Jean Alan Rodríguez, in addition to his Mexican political advisers and close lawyers, as well as relatives of his collaborators, who are identified as members of the alleged corruption network.

All of this corruption is not surprising. It is just sickening they do this while the poor and needy of the pueblo struggle to survive on crumbs.

This is nothing new with no set system of acountability it will happen again and again !