Hundreds seek to register motorcycles with deadline just hours away 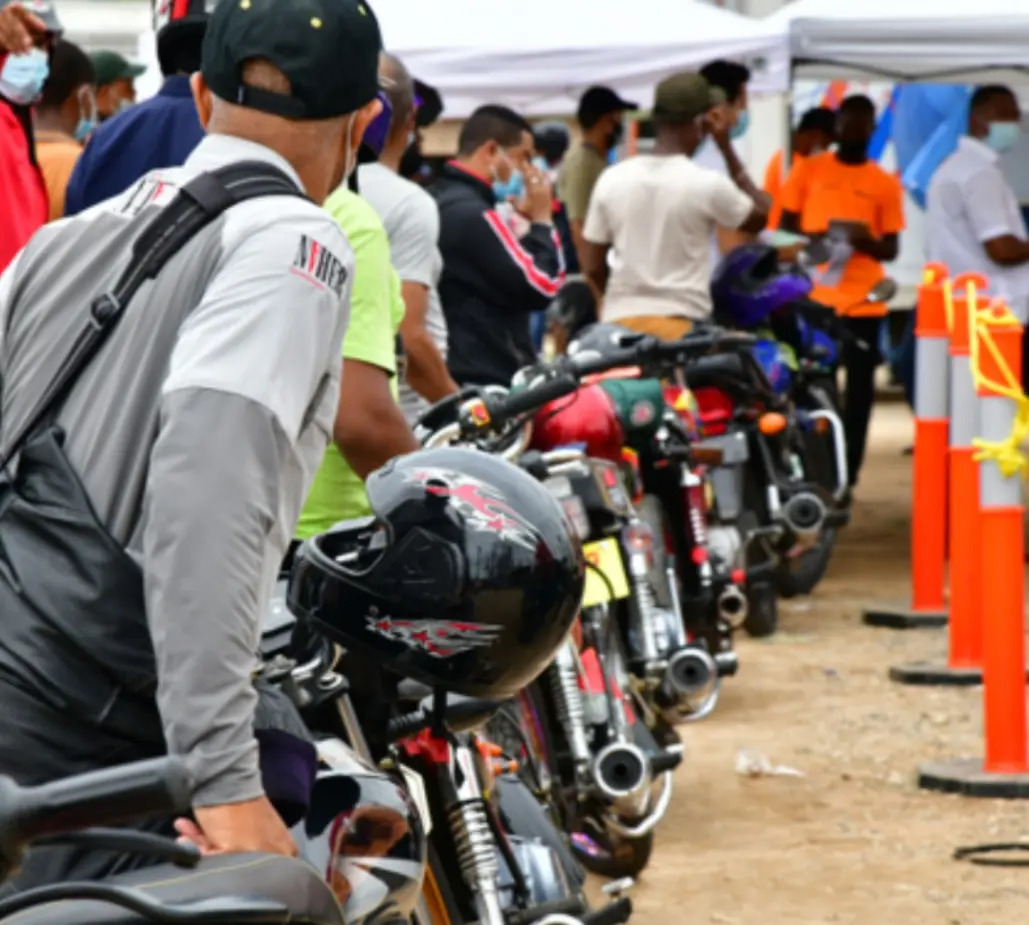 Since the early hours of Thursday, hundreds of motorcyclists came to the headquarters of the National Institute of Transit and Land Transportation (INTRANT), in the vicinity of the Quisqueya Stadium, in search of registering their motorcycles within the deadline established by the authorities for this process.

Throughout the week, hundreds of motorcycle owners have been arriving at the INTRANT headquarters on Pepillo Salcedo Street in the National District in search of being able to complete the registration process, whose deadline expires tomorrow, Tuesday, July 15.

According to data from the Ministry of Interior and Police, the National Registry of Motorcycles had more than 15 thousand units processed by June 16.

The registered vehicle owners complain about the slowness of the process and how “uncomfortable” it is for them to complete it; in addition, they ask the authorities to grant an extension. Others claim that the action only seeks to increase tax collection for the Government.

The registration process has been underway for approximately one year, only in some provinces. However, the authorities warn that fines will be applied to those without registration starting next Saturday 16th of this month.

In addition, they explained that the fines would be applied only in the areas where the registration pilot was implemented.

This is an initiative carried out within the framework of the National Plan “My Safe Country” of the Ministry of Interior and Police, which seeks, by means of registration, to have greater control of criminal acts in the country since, according to the authorities, this type of vehicles are the most used by common criminals.