In the first half of 2022, airports surpassed seven million passengers 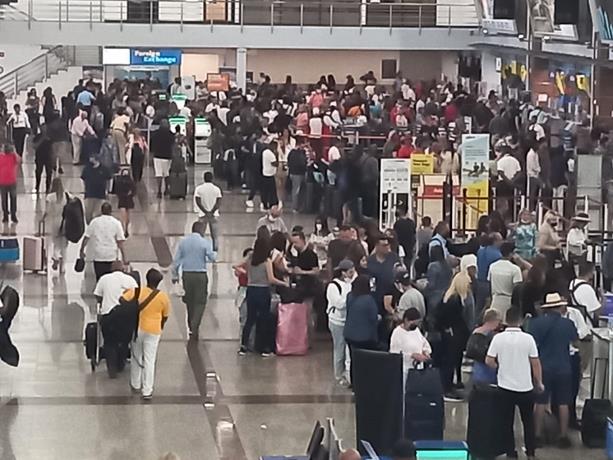 Santo Domingo, DR
More than seven million passengers have been mobilized in the first six months of this year, 2022, through the different national airports of the country, according to statistical data provided by the Dominican Institute of Civil Aviation (IDAC).

The sub-director general of the IDAC, Héctor Porcella, explained that from January to June of this year 2022, 7,714,323 travelers had been mobilized to the country through the different international airports.

As for the past month of June, the official highlighted that during that period, the number of passengers that were mobilized to the country reached the amount of 1,319,310 passengers.

The official emphasized that these numbers totaled the amount of 7,714,323 travelers mobilized in the first semester of this year 2022 by the different international airports of the country.

In that exact order, he stressed that like every month, the airports of Punta Cana and Las Américas continue to lead the large flow of passengers entering the country through these airport terminals from abroad.

Porcella highlighted that, during the first four months of 2022, the Dominican Republic set a record by mobilizing 5,160,661 air passengers entering and leaving the country, which represented half of those transported during the same period in 2021 while specifying that the Dominican Civil Aviation Institute IDAC, the Ministry of Tourism and the Civil Aviation Board JAC project that by the end of 2022, more than 15 million domestic and foreign passengers will be mobilized.

The aeronautical and airport authorities emphasize that international civil aviation is going through the best moments in the current situation due to the increased flow of passengers and the incorporation of new airlines.

The official highlighted that the “Open Skies” policy implemented by the government in the Dominican Republic through the Civil Aviation Board (JAC) had generated a more competitive market for the users of air services in the country so that the flow of mobilized passengers is more significant every month.