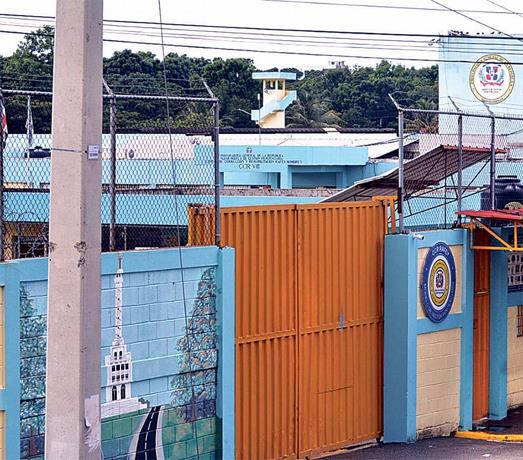 The prosecution body says that the Rafey Center was used by the network. ONELIO DOMINGUEZ

“The network took advantage of the fact that those in charge of receiving food in prisons did not know, officially, the amount and type of food that the institution acquired in the bidding process for its weekly supply and that it had to be delivered by the supplier.”

This is how the Public Ministry describes the alleged conduct of those involved in the Medusa case, whose main defendant is former prosecutor Jean Alain Rodríguez.

In the accusatory file of 12,273 pages, the Public Ministry shows how the Rafey Hombres Correction and Rehabilitation Center, located in Santiago, was one of those used in the alleged corrupt network.

The prosecuting body establishes that “the accused delivered one thing to the centers and invoiced another; of course, always in favor of the economic interests of the structure.”

In the case of the CCR-Santiago-Rafey Hombres, the accusation establishes that the drivers of the food suppliers gave the person in charge of receiving them a delivery where they falsely indicated the quantities to be delivered and received; however, to request payment, the defendants manufactured a manifest other than the one delivered to the prison, where the amounts of the original delivery were degraded according to the quantities contracted in the tender.

The file indicates that for this center, the amount of chicken that was supposed to receive was about seven hundred pounds and twenty-eight bags of rice of one hundred and twenty-five pounds each, to mention some products; and when they did not arrive in these quantities, supposedly the director of the center processed the report of place to the defendants Mercedes Camelia Salcedo Disla and Carolina Pimentel Bonifacio.

As proof of this, the prosecutors who investigated the case submitted the following report:

On April 8, 2019, the then director of the Rafey Men’s Correction and Rehabilitation Center, Desiderio Albar Galvas, wrote a report on the food received, stating that in just one week, the 300 pounds of beef were not shipped. Likewise, regarding the chicken delivery, there was a deficit of 57 pounds.

The document states that “when asked the truck driver about the missing one, he said that the meat thaws on the way and loses up to 100 pounds,” but the director of the center established that they received the chicken completely frozen; and that the supplier is being paid for a purchase with many missing.

The report was addressed to Ysmael Paniagua, former coordinator of the New Penitentiary Management Model, and Mercedes Salcedo Disla and Carolina Pimentel, the latter accused in the Medusa case.

For example, the indictment indicates that of the 700 pounds or less of chicken received by the CCR, Santiago-Rafey Hombres paid bills based on false documents that accredited the delivery of one thousand two hundred pounds per week. Likewise, the twenty-eight sacks of rice of one hundred and twenty-five pounds that the managers of the center understood they should receive did not even arrive with the number of total pounds.

Products such as cocoa and sardine were seldom shipped because they were expensive in the market; however, they were always invoiced for appearing in the false delivery manifest, as indicated by the prosecution.

Everyone is in on the act? It is not unreasonable to think the truck operators were taking advantage of the scams of the officials by selling food out of the backs of the trucks while on the road to the prisons. Who would care if they got their hands dirty too.

With the Pld party there is a scam and mafia involved in evetry aspect of their society” ladronasos, satiadores, i Criminales. And then when they get caught and sent to prison, they got the nerve to suffer from Heart palpitations?? 😒 I love what Abidaner is doing” you dominicans got a winner in This president🎉🎊🎊🎊 Ahora asi eh palante que vamos.