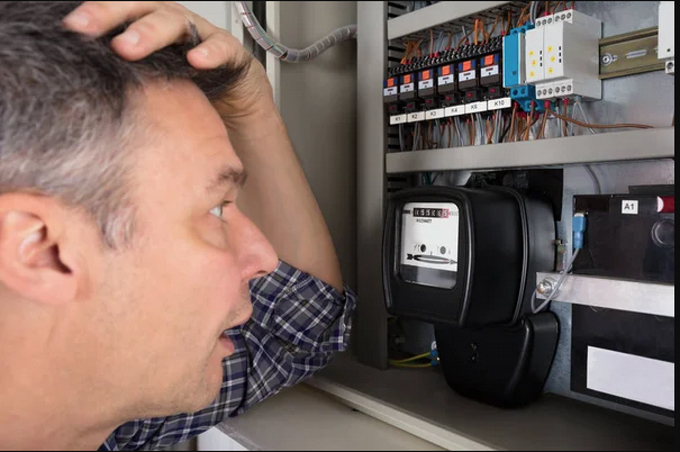 Santo Domingo, DR.
Providing electricity is a public interest service due to its characteristics and what it represents. It is linked to the progress and development of humanity; since its discovery, it has revolutionized the behavior of society in economic and material terms. It impacted the existence of living beings. Man is the most conscious of this and uses it to improve his living conditions, following technological advances.

Is the government efficient in energy supply?
To answer this question, we consulted specialized technicians of the party, especially the team that collaborates with the External Sector, plus the information in the digital portals of the institutions. Nevertheless, the deficiencies are evident and very harmful in these times of crisis.

The quantitative limitations affect all home and commercial life events, affecting the whole system and decreasing the purchasing value of income. In the case of the productive sectors, in the face of “electricity” deficits, they are forced to use alternative means for generation, increasing production, distribution, and commercialization costs. This is one of the causes of the increase in energy costs, which in turn impacts the increase in inflation levels.

Has the government reduced current spending in the sector?
This administration required the signing of an electric pact, which among other aspects, highlights the obligation to reduce losses and current expenses, especially personnel. That is to say, the amount of money destined to cover the salaries of officials and employees. When the current administration took office, the distributors had approximately 7,400 employees; as of April 2022, they had 7,617 employees registered due to the policy to replace employees and increase payroll and salaries.

In the case of Punta Catalina, qualified technicians affirm that the payroll and salaries of the personnel were also tripled. In addition to the substitution of skilled technicians, they claim that some US$300,000.00 was spent monthly and that as of April of this year, it is estimated at US$1,000,000.00.

Have losses decreased?
Losses have increased significantly; these are measured by comparing the amount of energy acquired versus the recovery or charges made. Technicians in the field measure this through a system called Cash Recovery Index. In December 2021-2, these were 28%; currently, they exceed 35%.

As a consequence of deficiencies and negligence in the administration, the Punta Catalina thermoelectric power plant, in units 1 and 2, at different times, was out of service for about 70 days, with instability in the power generation capacity, which caused prolonged blackouts at that time.

Likewise, the CDEEE’s Purchasing Committee should have called for bids for the purchase of coal, lime, filter, and other supplies for approximately one year. If it had been called in January 2021, the market value would have been 70 dollars per ton. But the lack of foresight led to a call for bids in June of the same year; at that time, the ton exceeded US$100. Only two companies bid, one at US$150 and the other at US$387; the latter was chosen, representing more than US$300 per ton if it had been purchased in due time.

This increase in the bill is produced because everyone who offers a product or a service (companies, stores, clinics) transfers the additional costs to the final consumer, who does not bear more burdens than those he already has on his shoulders, especially the humble people.

The fundamental reason for these disproportionate increases is not linked to the war in Russia and Ukraine, the consequences of the pandemic, or any other excuse of an international nature; it is purely local. Unfortunately, as opposition leader Leonel Fernandez Reyna has indicated, the current administration is living in a bubble that does not allow it to understand the seriousness of this crisis.

As we indicated at the beginning, energy is an essential component, indispensable for the development of all personal, commercial and productive; therefore, it is a decisive factor in the cost of living in the prices of products and services. Its impact on inflation levels is decisive, establishing that this accumulated increase of approximately 40% in the electricity bill has inflationary effects.

Would it be cheaper in the end to bulldoze Punta Catalina into the ground and build an efficient LNG fueled plant? The Punta Catalina plant is the albatross placed on the neck of the Dominican people by the corrupt.