Of almost three million motorcycles, only 602,151 have been registered 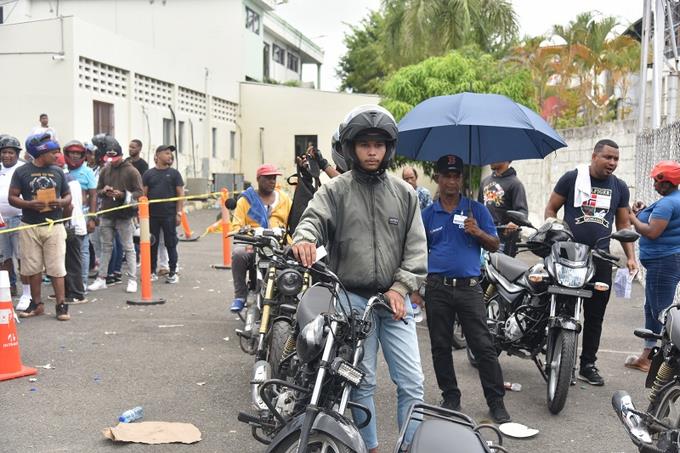 The 602,151 motorcycles registered in the country do not even represent a quarter of the 2,874,590 units that are in circulation. /FILE, ARCHIVE

Santo Domingo, D.R.
Only 602,151 motorcycles have been registered throughout the country two days after the expiration of the extension of the National Motorcycle Registration Plan that began in June 2021, which is part of the National Strategy for Citizen Security “My Safe Country,” led by the Ministry of Interior and Police.

This was reported by the spokesman of the National Institute of Transit and Land Transportation (Intrant), Ramon Baldeyaque, after the day held yesterday at the motorcycle registration post in the Quisqueya Stadium, National District.

Although Baldeyaque did not specify the number of motorcycles they have projected to register, the General Directorate of Internal Taxes (DGII) establishes, in its bulletin of the vehicle fleet of the Dominican Republic as of January 26, 2022, that the ‘stock’ of registered vehicles nationwide is 5,152,448, of which 55.8% are motorcycles, equivalent to 2,874,590 units.

The 602,151 registered vehicles still do not represent a quarter of the total in circulation and need to be regulated.

Registration day
Unrest, desperation, and anxiety were what was evident yesterday from the lines formed by hundreds of motorcyclists in the parking lot of the headquarters of the National Institute of Transit and Land Transportation (Intrant), located in the Quisqueya Stadium, National District, where a special registration day was being held.

As the extension for the registration of motorcycles has expired and the beginning of fines by agents of the General Directorate of Security of Transit and Land Transportation (Digesett) to those who are not regulated, most of them feel under intense pressure.

Jhowal García, outside the Intrant headquarters, said, “I am taking up my fight” because “I want to avoid at all costs being fined and having my engine taken away.”

Some are frustrated by the slowness of the process
Others assured that the process was “uncomfortable” and “disorganized,” and the reasons, according to what they explained, were because there is only one registration ‘stand’ in the city, where everyone is crowded, and because “there is no respect for order in line.”

“The staff is too few for all of us and what is being put together is a mess. I have been coming for three days and today I was able to enter… you know how many days I have without working and getting money”, expressed Nicolás Jesús.

Fiscalization
In the National District, Greater Santo Domingo, San Cristóbal, Santiago, La Romana, San Francisco de Macorís, San Juan, and La Vega, users who have not complied with the registration of their motorcycles, following Law 63-17 of the registration plan, which establishes the obligatory use of the labeled protective helmet, with the license plate of the bike, and a category 1 license, run the risk of being inspected by Digesett agents.

In a tour made by reporters of Listin Diario along the avenues Winston Churchill, 27 de Febrero, John F. Kennedy, and Abraham Lincoln, it was verified that members of the Digesett were seizing motorcycles from those who did not have the documentation.

Process
On the other hand, Baldeyaque specified about the registration that the motorcycle user must approach the points with his ID card, his motorcycle, the protective helmet, and the receipt of payment of the category 1 license, which is the exclusive license for motorcycles and has a cost of RD$600.