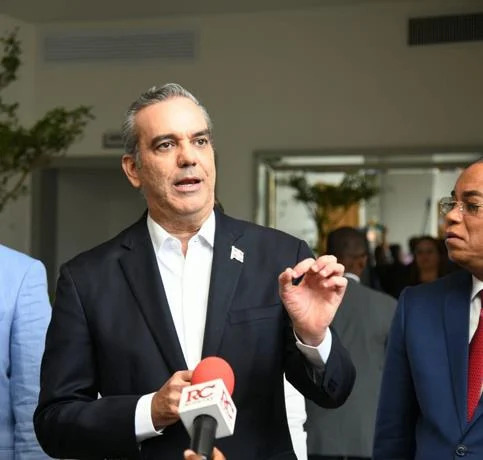 President Luis Abinader when making the announcement and explaining the increase in the electricity bill. Jose A. Maldonado/LD

Santo Domingo, DR
President Luis Abinader expressed that the increase in electricity rates has been aggravated by the cost of fuel, including natural gas (the most used in generators) has tripled in price in the last year and that the government will stop further hikes.

He said that the government has determined “to stop further hikes in electricity rates until the economic circumstances in the Dominican Republic change.”

“That is why we are going to go, as we do act and respect the agreements we make, we are going to go to the Economic and Social Council to readapt that pact with all the sectors that signed it and we have to see if they now respect what was signed,” he said.

The president emphasized that the Electricity Pact was signed in 2020 by all those currently opposing it without presenting an alternative and included a gradual readjustment of the tariff.

“First I want to clarify two things: that electric pact was signed by all the political parties and the civil society of the Dominican Republic and it proposed to gradually adjust the prices of electric energy to stabilize it with international prices,” he said with emphasis.

He emphasized that the government has subsidized fuel with approximately 30 billion pesos.

He also said, “that it is very good to say from the outside without ever talking and having discussed, but the important thing is that the government is going to review this pact specifically in what refers to stop the subsequent increases.”

He pointed out that yesterday he presided over a meeting to discuss the pact.