Hospitals will treat women in labor regardless of their immigration status 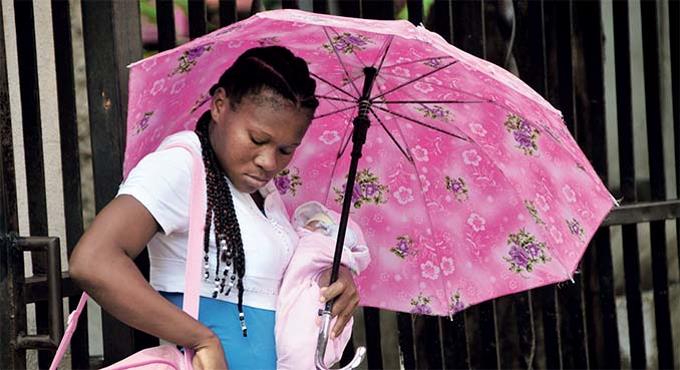 Santo Domingo, DR
Given the high volume of births being carried out in the hospitals of the public health network to Haitian mothers and mothers of other nationalities, the National Health Service (SNS) reminded that the health centers have to provide care to all patients who arrive at their emergency services, regardless of their migratory status, race or any other.

This was reminded by Dr. Martin Ortiz, director of Maternity, Childhood, and Adolescence of the SNS, who recalled that the hospital issues the certificate of live birth to every birth it registers and that for the cases of non-resident foreign mothers, there is what is known as the “Immigration Book” established by resolution of the Central Electoral Board (JCE).

Ortiz was consulted about the registration of 32 thousand births of Haitian mothers in nine months in the hospitals of the public network, in the period from September 2021 to June 2022, after the announcement made by the Dominican Government to establish more excellent controls on Haitian pregnant women with more than six months of gestation.

Since then, there has been a slight reduction in the percentage of births to Haitian mothers, from 33.6% in September 2021, when the measure was announced, to 31.3% in June of this year, with a slight decrease in January 2022 (29.9%) and April (30%) of the births reported in the public network.

Procedure
Dr. Ortiz recalled that regarding the Procedure for the Timely Registration of Births to Foreign Mothers, the protocol within the hospital is the same for Dominican and foreign mothers.

“The Certificate of Live Birth is filled out immediately after delivery for all births with live birth status, regardless of the mother’s nationality,” she explained. He added that in the case of foreign mothers, the procedure is established in Resolution No. 02-2007, by which the Central Electoral Board (JCE) puts into effect the Book of Birth Registration of a child of a foreign mother not residing in the Dominican Republic, better known as the “Foreigner’s Book.”

The instructions of said resolution prescribe that only the presentation of the pink Certificate of Live Birth (at the Civil Registry Office of the Hospital) is sufficient to register the child in the Book of Alienage.

FIGURES
On the border
The health facilities where most births are performed are the ones that register the highest number of foreign births. However, in some centers, especially those located in communities closer to the border zone, the births of Haitian mothers exceed those of Dominican mothers.

An example is the General Melenciano hospital, located in Jimaní, where from January to May of this year, ten births of Dominican mothers and 55 Haitian mothers were registered, and in the Rosa Duarte, in Elías Piña, with 134 and 181, respectively.

The ratio in Polo and Enriquillo, in Barahona, is three and 13 and 14 and 45, respectively.

By the US and the UN.

32,000 birth from Haitian mother were registered from September of 2021 to June 2022 in Dominican public hospital. You will not see a Haitian national being appreciative of this free service to them. You wont see this information on any international media either.