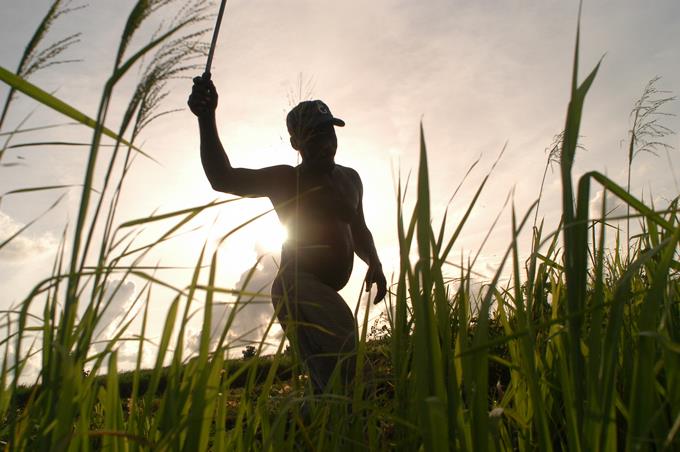 Santo Domingo, DR.
The chairman of the Ways and Means Commerce Subcommittee, Earl Blumenauer, D-Oregon, and Congressman Dan Kildee, D-Michigan and deputy leader of the House Democratic Caucus and co-chairman of the House Democratic Sugar Caucus, issued a statement yesterday on their recent visit to the Dominican Congress, and their consideration of allegations related to forced labor in the Dominican sugar industry.

This is the members of Congress’s statement:

“More than ten years ago, a labor complaint under the Dominican Republic-Central America Free Trade Agreement (CAFTA-DR) asked the U.S. government to investigate allegations of forced labor in the Dominican sugar industry.

Earlier this month, we met with workers and officials in the Dominican Republic to better understand this perplexing issue that has been present for decades.

Significant progress has been made to address child labor and reduce human trafficking.

However, our observations and conversations with people on the ground confirmed official reports and recent news investigations that indicators of forced labor persist.

“We saw the arduous working and living conditions endured by sugarcane cutters to produce sugar for our consumption. They live with their families in company-provided housing settlements, called “bateyes,” in harsh and substandard conditions.

Even Central Romana, the largest sugar producer in the Dominican Republic, which initiated some improvements, acknowledged that its facilities need much more significant gains.

“Despite this, a culture of fear seems to permeate the industry, where company supervisors, armed guards, and officials of an unrepresentative union watch over workers in the fields and on the bateyes.

Some workers described being ordered to remain quiet and not to speak to anyone about their conditions before our visit.

Such harassment and intimidation are unacceptable and confirm the need for immediate action.

It also deals with import trade issues, including the impact of imports, industry relief from harmful substances, adjustment assistance, programs to encourage competitive responses to senses, and unfair import practices, including antidumping and countervailing duty.

Same with import policy related to dependence on foreign sources of supply, reciprocal commodity, and trade agreements, including multilateral and bilateral trade negotiations and implementation of the accords involving tariff and non-tariff trade barriers.

Central Romana
The Central Romana Corporation, Ltd. is an agro-industrial and tourism company rooted in the Dominican Republic. It began operations in 1912 as a sugar producer and has become the largest producer in the country and was a pioneer in the area of tourism and free trade zones. In addition to sugar, Central Romana has diversified into the areas of chemicals, free zones, livestock, meat and dairy products processing, construction materials and iron production, and port and airport operations.

DR spends RD$10 billion pesos every year to provide Haitian women in labor with free medical care. During the last 9 month a total of 36,000 Haitian women gave birth in DR. What has he done for the Haitian people? Or what is the US doing to end the actual Haitian crisis? What is the real reason behind this false accusations? Many intellectuals are very concerned about the massive exodus of illegal Haitians, mainly women in labor who enter the territory as if our soil had become their preferred delivery room, leaving many natives without medical care who have difficult access to health programs, in turn lacerating the Public Health budget, increasingly less efficient due to the effects of the lethal virus that consumes a large part of the allocation to the ministry that has the obligation of the health of the inhabitants of this eastern part of the island,

The US bullying DR again with their discredit and negative narrative. Ironically they seem to be fine with everything that’s going on in Haiti and would not move a finger to end their crisis. They have nothing to say about gang violence, kidnapping, killings, government corruption, stealing of resources of the political and elite class, or their failure to provide the Haitian people with the minimum of their basic need. Not, when it comes to Haiti, their problem is the Dominican Republic, of course.

The Dominican Republic sugar industry hands out massive yearly bonuses by DR standards to the upper echelon. The poor Haitians who do 99% of the hard work are allocated more of nothing. Indentured servants in 2022. A disgraceful Dominican policy of institutionalized abuses for the purpose of profit. The DR version of Christian love! Unfortunately, nothing will happen here until the International community lifts Haiti out from its perpetual state of dependency. Imagine, a Haiti with jobs and production would vaporize the Haitian population within the DR and greatly reduce illegal and dangerous immigration attempts to the US. A win win! Why can everyone see this but the powers that be are refusing to act on it?