Capital city parking lots to be ready next year 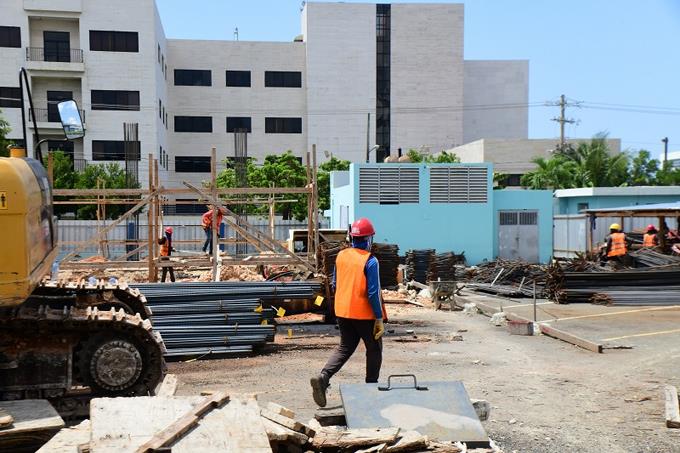 The works to build the parking lots in La Feria continue to advance.

Santo Domingo, DR.
Some at the control of the excavators and others adjusting pieces of wood; this is how the workers who are part of the team in charge of raising a parking tower as part of the government’s strategy to reduce traffic difficulties in the country were distributing part of the work yesterday morning.

The work is being carried out in the parking area of the main headquarters of the National Institute of Hydraulic Resources (INDRHI). It is part of a project called “Centro de los Héroes 1,” carried out by the Ministry of Public Works with ParquéaT RD, which will have 93 parking spaces per level.

The work, whose works were formally inaugurated last January with the first blow of President Luis Abinader, is in the excavation and emptying phase, according to the engineer José Thomas, operations director of ParquéaT.

Thomas affirmed that this is the “most critical” stage and that the results of this process are the ones that guarantee the work, which according to the words of Minister Deligne Ascención, during the event, will be ready in a year and a half.

Heroes Center 2
Richard Cueto, director of supervision and supervision of Public Works, added that while the “Centro de los Héroes 1” is advancing, the second one is already in bidding, as well as the one to be established in the city of San Cristóbal.

Engineer Cueto indicated that the “Centro de los Héroes 2” will be located behind the Universidad Dominicana O&M (Organization & Methods) in the Ministry of Labor parking lots.

Cueto said they will continue with the habilitation in other terminals, depending on the availability, since “there are stops that do not have land or space.”

Background
On January 6, President Abinader broke ground in the area adjacent to the National Institute of Hydraulic Resources (INDRHI), where the first parking building will be built as part of the set of parking lots to be made by the General Directorate of Parquéate RD in the Centro de los Héroes.

The president was accompanied by the Minister of Public Works, Deligne Ascención; Eduardo Estrella, president of the Senate; the governor of Santo Domingo, Altagracia Julia Drullard; the executive director of INDRHI, Olmedo Caba Romano, and the director of Parquéate RD, José Cedeño, among other officials.

The Minister of Public Works pointed out that this Public-Private Alliance initiative seeks to solve other citizens’ traffic chaos, insecurity, and mobility problems. For this purpose, the total construction of 16 parking buildings in Santo Domingo and four in Santiago has been stipulated.

First building
The first parking building, located in the vicinity of the National Institute of Hydraulic Resources (INDRHI), which will be called “Centro de los Héroes I,” will have seven levels with a capacity of 526 parking spaces. Another parking building near the Supreme Court of Justice, “Centro de los Héroes II,” is also contemplated in this area.