Man who threw cat across the street identified 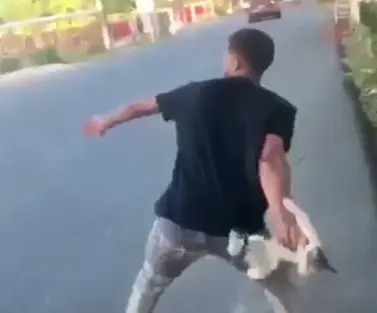 The National Environmental Protection Service (SENPA), reported today that the man who appears in a video throwing a cat to the side of the road on the stretch of road leading to Salcedo Tenares in the province “Hermanas Mirabal” was located.

This was made known by the institution through its Instagram account, which reported that after the audiovisual went viral, they could identify the perpetrator of the act.

The person only identified as Cristopher Alias “Criss” was cited by the prosecutor’s order for Thursday, July 28, for violating law 248-12 on Animal Protection.

The SENPA agents, under the instructions of the general director, Colonel Ambiorix de Jesús Cepeda Hernández (ERD), investigated to find the offender, who will now face justice.