No results seen in security agreement 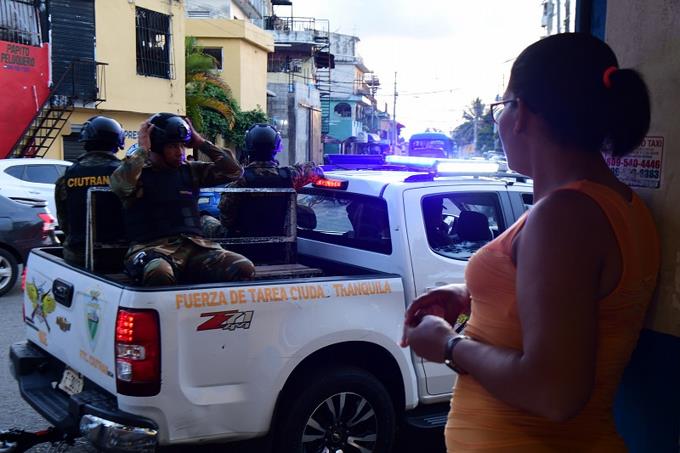 In the neighborhoods they are overwhelmed by citizen insecurity. File/LD

Santo Domingo, DR.
On 24 March 2022, the Institutionality and Justice Foundation (Finjus), the Dominican Municipal League (LMD), and the Ministry of Interior and Police (MIP) signed an agreement to strengthen citizen security at the municipal level. Still, to date, the deal’s results have not been seen.

The citizens denounce that they feel insecure in the different parts of the country where they have to travel since crime in its various forms is an evil that plagues Dominican society.

Most of the residents of different sectors say they have never seen practices or tactics supporting this agreement’s implementation.

In the fifth article of the agreement, they spoke of creating 158 round tables at the national level to function as spaces for dialogue to promote and manage public policies to prevent the spread of violence and criminality.

When reporters from Listin Diario visited different communities in Greater Santo Domingo to ask people if these roundtables were being carried out, the answer was negative.

This agreement stipulates the creation of initiatives and actions oriented to the protection of the citizens and the prevention of crime at the municipal level, as well as collaborating and entering into the “My Safe Country Plan,” the latter promoted by the Ministry of Interior and Police, Jesús -Chu- Vásquez.

Within the recitals, it is highlighted that the United States Agency for International Development (USAID) allocates funding to Finjus for creating citizen security roundtables and gender and implementing security plans.

“That Finjus implements a program financed by USAID to support the strengthening of the citizen security and gender roundtables and for the development and execution of security plans, as well as to conduct victimization and citizen security perception surveys to establish baselines and evaluate the progress of the security interventions implemented by the Ministry of the Interior,” the agreement states.
A detail that stands out is that this agreement is valid for twelve months.

No results
The citizens hope that the projected measures will be initiated before the agreement’s twelve-month term expires since the population generally considers the Dominican Republic’s security situation deficient.

Every day hundreds of residents are assaulted on public roads. At the same time, in the neighborhoods where the “My Safe Country Plan” was initiated, the neighbors complain because even with this project, they continue to have the same criminal conditions in their surroundings.