Maffio lived extreme poverty and now has Las Cañitas in his sights to help children in need. 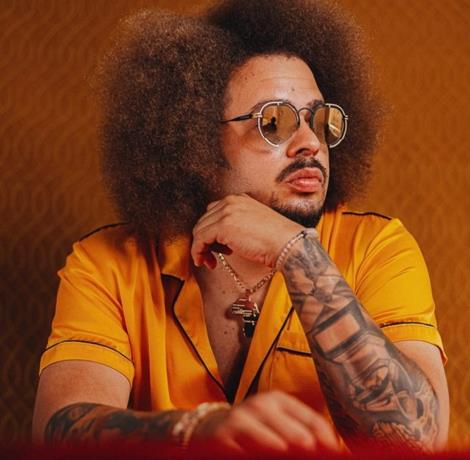 Maffio has been a pioneer in the fusion of rhythms and a key player in historical collaborations for Latin music.

Miami, Florida
Las Cañitas is the Dominican neighborhood that Maffio watches with great attention from the United States. The music producer, artist, and composer, winner of multiple Grammys, announced the creation of “Better than Wonderfull Foundation,” a non-profit institution that will support children with cancer and will develop other social programs throughout Latin America, especially in his native Dominican Republic, being the country where he experienced in his childhood, “extreme poverty.”

“The plan will start in Las Cañitas,” the neighborhood where he was born and grew up among laughter and dreams, amid economic poverty, but where he was always sure that “someday he would achieve part of those dreams,” which today have made him the most sought after within the powerful music industry for all Latin America and also the United States, among other nations that have been interested in his compositions and work in production.

Carlos Ariel Peralta Mendoza, his real name, said that later this program would be extended throughout Latin America and the Caribbean.

“Children have been the vehicle of love on our planet,” he explained through a post shared on Instagram and then ratified it, speaking through the phone line with the undersigned, with joy welling up in every word,

Maffio maintained that “basically the foundation will be in charge of helping children. Only handicapped children, children with cancer in Miami, everything that has to do with children. This will be the platform that will give hope to those children, who perhaps believe that there is no light at the end of the tunnel.”

Always proud of his roots and unapologetic about having lived through extreme economic poverty, he emphasizes that “he was one of those kids and everything he saw around him was negative. Where I come from, it doesn’t feel good (Las Cañitas).”

He added that “when you believe that all that exists in the world is the neighborhood, then, there is no hope, and I want to give those children hope, without going to jail and without being killed,” Maffio specifies, concerning the social programs he will implement through Better than Wonderfull Foundation.”

Maffio is a highly regarded figure in the international entertainment world. He has become the number one advocate for children through social networks with impressive simplicity.

The producer commented that “children are the future. For them I will do everything in my power to give them hope and let them know that there is a world waiting for them.”

“Humbly, I am starting with this foundation from scratch and it is a process and I know in my heart, we can help hundreds of children and eventually millions,” according to Maffio, who is the father of two beautiful creatures he loves madly and the fruit of a family formed with the versatile “the most Latin gringa,” as he is known on Instagram to his wife, K Marie, whom he met in the Dominican Republic.

He was declared “Latin American Pride” by RoseMaryNews, while his career as a Latin American producer within the United States continues to rise.

His hits travel the world with extensive musical production and composition, and he has millions of followers on his social networks.

Recognized as one of the most versatile talents in Latin music, the producer has worked with artists such as Pitbull, Akon, Nacho, Nicky Jam, and Farruko, among other renowned artists whose careers have earned him multiple awards, including the coveted Grammy.

His first single under the Sony Music label, “Cristina,” together with Nacho, Justin Quiles, and Shelow Shaq, exceeds 120 million views on YouTube and 120 million streams on Spotify, achieving Platinum certifications in the USA, Triple Platinum in Spain, and Peru and Gold in Mexico.

The Dominican-American artist also achieved the feat of placing #1 on the radio in the USA with the song “Me Siento Bien”, for several months, also receiving Triple Platinum certification in Spain and Top 10 on Billboard as the producer of the song “Pam” by Justin Quiles X Daddy Yankee X El Alfa.

Maffio has been a pioneer in the fusion of rhythms and a key player in historic collaborations for Latin music. An example of this is the songs he has released in recent months as “Celebration,” “Mente a Na,” and “Carne,” productions that today accumulate millions of plays on digital platforms, being a great sensation for the booming music industry and art that does not shy away.

We remember the release of his song “Tumbagobierno” from his first studio album, which emerged within the election theme in the United States and became another success of the professional producer, composer, and urban music artist.