Complaints about paying for electricity skyrocket due to high bills 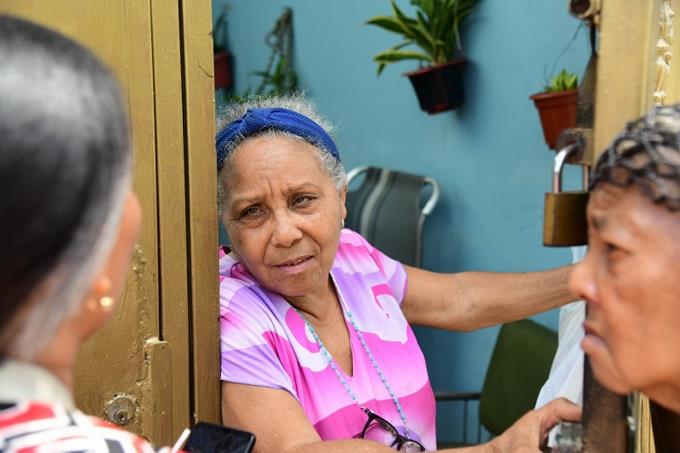 Users of the electricity service warn that they cannot stand the high prices of the bill and the blackouts.

Santo Domingo, DR.
A call for help is being made by several citizens who, after verifying their increase in the electricity rates, are crying out to the sky since the amounts are up to 5,000 thousand pesos and more.

Ricardo Vargas, who had had his house closed for a year because he was out of town, when he went to pay at the office of the Empresa Distribuidora de Electricidad del Este (Edeeste), he saw that he owed 20,000 pesos.

“A year with the house empty, I come to see how everything is going and I find myself with a bill for 20,000 pesos, which I do not know how it was generated. So I go to claims and the answer is that I have to pay. I want to know how on earth a place turned off consumes 20,000 pesos of electricity,” Vargas added angrily as he left the premises.

Business owners are not exempt from this problem either, as they explain that they have had significant increases and confirm that they do not consume that amount of electricity.

“I lasted a year without a meter because it was stolen; I went to the police and then to Edesur. It has been four months since they put it on, I only have four low consumption light bulbs, and I get a bill with 2,000 pesos too much,” said Victor, the tire shop owner.

He also explained that his electric bill went from 20,000 pesos to 38,000 pesos in his home, which he described as “completely abusive” since it had risen by 18,000 pesos.

María Valdez, who calls herself a “thrifty” housewife, expressed her anger and bitterness about the increase in her electricity bill.

“How does the government want you earning 20,000 pesos to pay 10,000 pesos for electricity? I put the bill in complaint and I had to pay 10,000 pesos, when the maximum I was paying was 2,000 to 3,000 pesos. I don’t have any appliance that consumes a lot of energy in the house, I don’t understand why that has to go up, electricity in this country is the most outspoken robbery there is,” said Valdez.

“I live in an area of Venezuela where there are 24 hours of electricity, but whatever, I was having blackouts again a couple of months ago. The light goes off at 8:00 at night and returns between 6 or 7 in the morning,” reported Pedro José De León.

The electricity sector should be discounting it bills to the consumers as compensation for all the years it received bailout funds from government, to say politely were mismanaged by being skimmed away from their intended purpose.

Amazingly, my monthly payment went from 7,000rd to 13,000rd in June. July is slightly lower at 12,200rd. The Kwh price is the same as May, but it claims the usage is almost double. Kind of strange as nothing has changed in our lifestyle and we were away for a week in June. My neighbour noticed the same thing. Something stinks at CEPM.

Yes, this is crazy. My apartment was closed 2 weeks and my bill is 18,000 peso!! How is this possible! Is legalized theft and this country is doing nothing about it! If they dnt change it fast I will close business in DR! I have over 80 employees in 3 locations! Foreign investors like me we will pull out!!