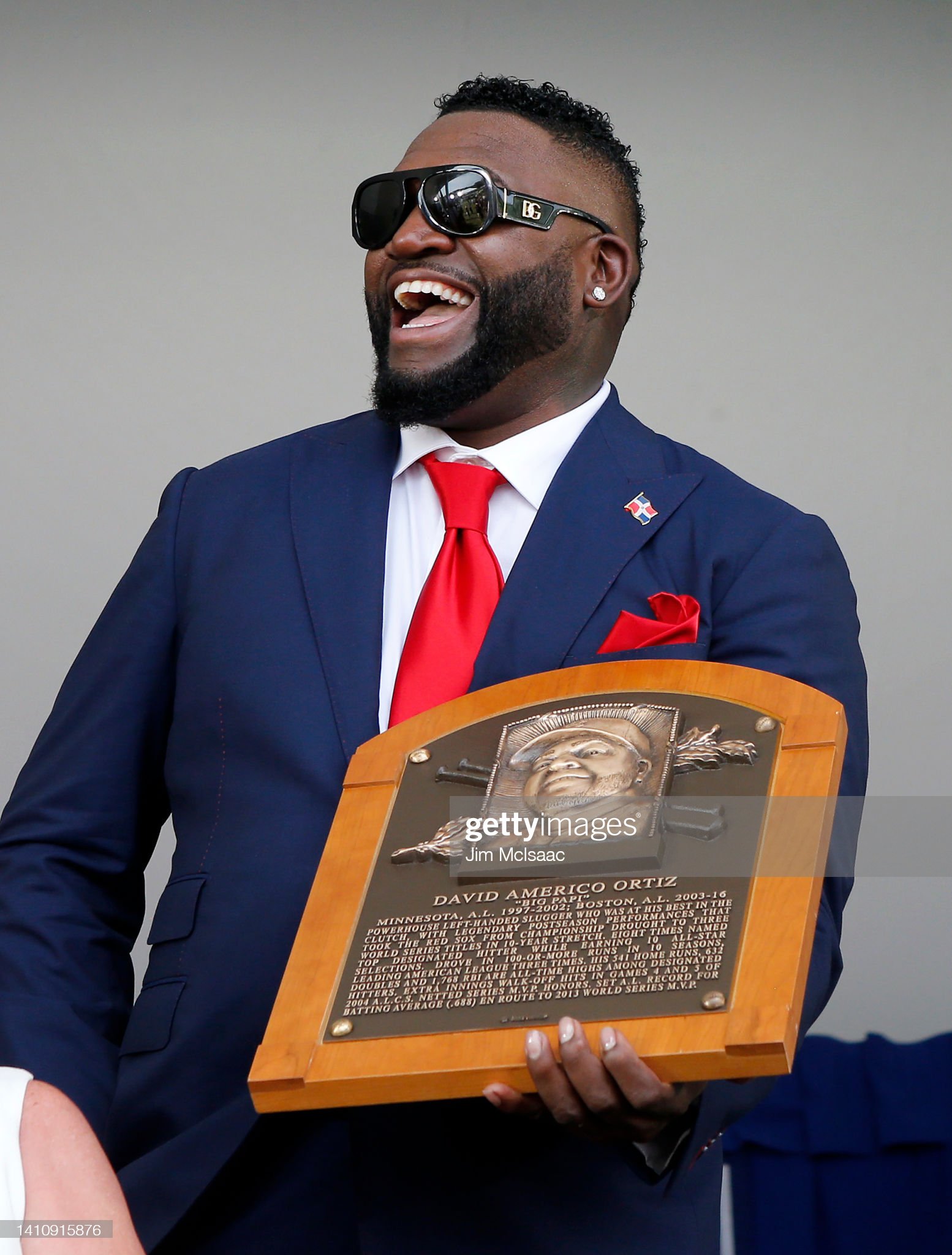 Santo Domingo, DR.
From baseball to cannabis, the surprising transition of risk and courage of the proverbial David Ortiz has opened a new chapter in his life, full of bonanza and glory.

Fourth national glory of Dominican baseball immortals in the Hall of Fame of the small New York village of Cooperstown, the “Big Papi” has given two sighing shrapnel from Sunday 24 to 28 of this month.

It all began on the 24th of this month with his proclamation as a Hall of Fame inductee, where he made the right of his inseparable smile, joviality, and good sense of humor.

That day, when all the eyes and emotions of the Dominicans almost fell at his feet, he had achieved something that, apart from his devotion to God and the memory of his beloved mother, cost him so much sacrifice to conquer.

But things did not stop there. His fame continued to rumba when, four days later, on Thursday 28th, Ortiz surprised everyone by announcing the activation of his company “Papi Cannabis,” in association with Rev Whosale Brands, which will have a new “exclusive line of cannabis products,” also known as marijuana.

This will be a range of products available for sale and other associated dispensaries throughout the recreational area of the Commonwealth of Massachusetts, carefully selected, with “healing properties at the forefront.”

Even the name of these products, only seen in English script, catches the eye. From snake, color, sexuality, lava, batters, and even the name of a Metallica song.

So it can be seen that the first product in the line is called “Sweet Sluggers,” which will include some of what the Rev Whole Brands company has called Big Papi’s “favorite strains,” with such suggestive names as Black Mamba #7,” “Lava Cake #7,” “Motorbreath #15,” and “Bootylicious #4.”

“Motorbreath” is the third song on the “Kill’Em All” album by the heavy metal band Metallica. The song’s lyrics are about “living life in the fast lane.”

The Oxford English Dictionary defines Bootylicious as “a sexually attractive woman,” and was first coined 30 years ago by rapper Snoop Dogg.

The Dominican slugger himself stated that, although he did not use cannabis before playing, he believes it is a courageous tool “to deal with stress and physical pain.”

“The reality is that cannabis doesn’t help in baseball, I don’t think so. You know what I’m saying; if you’re talking about sports, you always have to be speeding up, and cannabis slows you down,” said Ortiz.

Ortiz’s unexpected announcement unleashed its gale force winds here, distributed as a raft for some who took a critical conservative stance, indifference for others, moderation among some, and favorable judgments among many.

Of all this, many may not know what this new step for David Ortiz is really about. And that the word marijuana has been trapped in some corner as an inciting “demon” that schemes using a plant called cannabis Sativa.
If anyone expected collective alarms and condemnations, this has not happened. Instead, the coverage has been normal in the international media, mainly from Boston, where Ortiz is unconditionally adored.

As optimistic as CBS Boston, which assures “it is possible that David Ortiz is still riding high after being inducted into baseball’s Hall of Fame last weekend and it seems he would like to keep it that way.”

Before judging, it would be better to let science explain the truth about the contributions of this plant, its chemical components, its varieties of uses, its positive effects, and its detriments to human health.

MedlinePlus magazine, a health information service for patients, family, and friends, produced by the U.S. National Library of Medicine, the world’s most extensive medical library and part of the U.S. National Institutes of Health, discusses this. 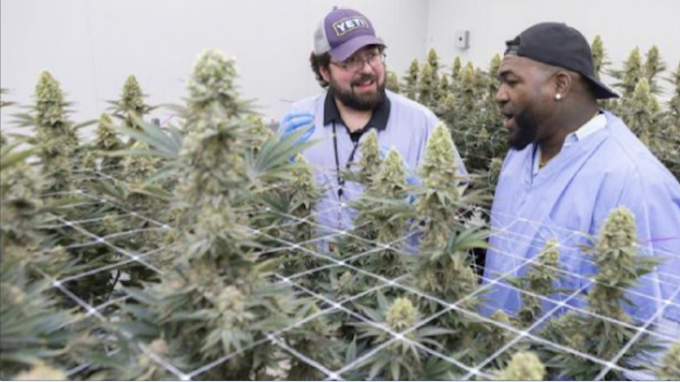 The “Big Papi” and Alex Pryor, vice president of cultivation of the Rev Whole Farms.

It explains that medical marijuana can relieve pain, including chronic and from nerve injuries or severe muscle spasms.

It also helps control nausea and vomiting, being its most common use for these ailments caused by cancer chemotherapy.

This product makes a person feel like eating, helping people who do not eat enough lose weight due to other illnesses, such as HIV/AIDS and cancer.

Based on its medicinal use, this plant reduces the pressure inside the eyes, which is a problem associated with glaucoma, although its effect, in this case, is not long-lasting.

What comes out of cannabis
These products for medicinal purposes, in line with Ortiz’s proposals, are already flowing in the market and include dietary supplements, cosmetics, foods, and raw materials, in which a component of cannabis called cannabidiol (CBD), well known for its therapeutic and relaxing effects, has been used.

Cannabis, commonly known as a drug that people smoke or eat to get high, has a medicinal variant used to treat some conditions.

It can be smoked, vaporized, eaten, and consumed as a liquid extract. Its leaves and buds contain substances known as cannabinoids.

THC, for example, is a cannabinoid that can affect the brain and change your mood or consciousness, but other varieties contain amounts of these. It is these chemical differences that produce different effects in humans. They can have high and low concentrations of THC, the psychoactive cannabinoid in cannabis, a nervous system depressant. In contrast, CBD, which is not psychoactive, is the ingredient that is now in vogue, being the variety of which “Big Papi” is also exploring.

Just remember “A friend with weed ….is a friend indeed” , Big Papi is our friend !