The capital city runs out of space 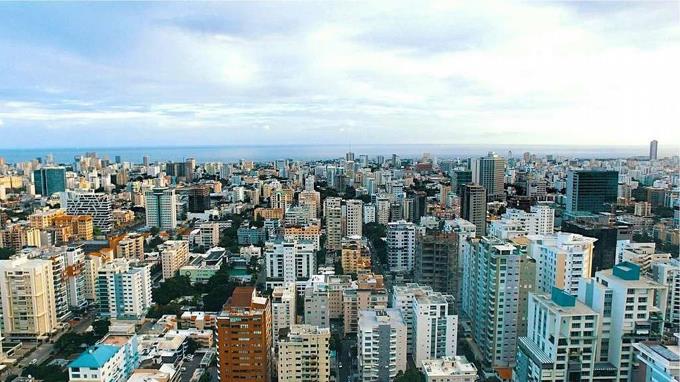 Commemorating the founding of the city of Santo Domingo (SD), the city can be valued as a result of the regulations that cause it, from municipal land management. Examples such as Antanas Mockus’ modification of Bogota’s organic statute or the J. Lerner urban revolution in Curitiba (Brazil) show the direct proportionality between reasonable regulations and a good city.

From this point of view, over the years, Santo Domingo (SD) has been governed by precarious package regulations, which partially regulate the territory and have generated low-quality urbanity. Law 163-01 created the National District (DN), of 91.58km2 with 42.69% of its land regulated, like the 94-98 or the 132-2001 obsolete laws, which based on density and height, mutilate the growth potential of the capital as can be seen in the Central Polygon (PC).

The PC occupies 4.26km2 and represents 4.76% of the territory of the DN. It houses more than 20 health centers, one public school, and 33 private schools, 31 banks, with 28% of the housing land and 24% of the commercial land, being the pole to which all those who need, from gastronomic offers to educational options, have to reach. This explains the expansion of the gray mass of construction, reducing public space with poor green offerings and a shortage of parking, with a circulation of more than 125,000 vehicles per day, between the clog and the “deliveries,” constitute urban chaos, caused by the monocentric that supports the resolution 94-98.

On the other hand, the city is running out of land; the PC has barely 1.73 km of buildable land left. As a result, resolution 94-98 encourages greater land occupation and low height, which not only prevents vertical compensation for the release of land for public squares and trees but also increases real estate prices, making housing unaffordable for the majority of Santo Domingo residents, who are forced to opt for informal dwellings or to live on the periphery, making the DN an exclusive city or, what is worse, a city for the privileged.

So, redefining land management, where regulations are not an end but a means, and knowing that “the right regulations cause the right city.” We conclude that the repeal of Resolution 94-98 cannot be postponed. In this sense, appealing to the reiterated commitment of Carolina Mejía to the city, I ask the mayor’s office for the prompt approval of new urban ordinances for all the DN. Where polycentrism prevails, giving priority to the citizen, in a compact city model of multipurpose spaces, with more inclusive density and affordable housing, avoiding gentrification with mixed-use developments, more trees, and more public spaces as an area of social cohesion within the urban area where Santo Domingo is a quality habitat for all Dominicans.

The author is an architect.