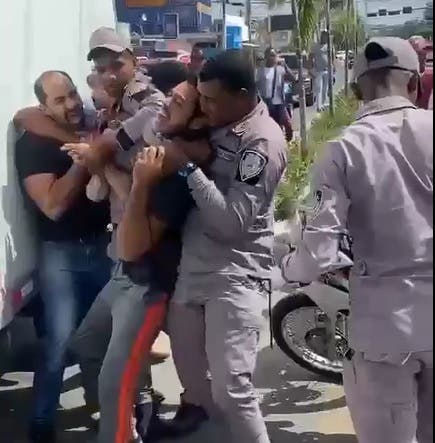 A study by the Dominican Institute for Integral Development (IDDI) revealed that 53% of the National Police officers consulted identify parental negligence as the leading cause of violence in the country’s neighborhoods.

The research entitled “Knowing the reality of young people in the poor neighborhoods of the Northern Zone of Santo Domingo, to reduce violence and crime levels through participatory and innovative actions” was supported by the United States Agency for International Development (USAID).

Police officers also identified other factors as generators of violence in these neighborhoods, such as lack of opportunities and employment, educational inadequacies, poverty, and insufficient salaries.

In this sense, they suggested increasing the number of police officers patrolling the streets (50%), improving salary and job opportunities (63%), educational opportunities (53%), and supporting parents who have problems in family coexistence (51%).

The IDDI study includes some recommendations that emerge from the dialogue with residents. First, it suggests implementing measures such as public policies that show a positive and proactive image of youth. In addition, the development of rehabilitative actions for youth and adolescents is proposed, as well as the adoption of a holistic approach to reduce inequality gaps among young people in the neighborhoods.

Finally, it is deemed necessary to promote a rapprochement between the national police and the communities to increase the levels of trust between local institutions and citizens.

in the year of 2022 they are just finding out that increasing the number of police officers, improving salaries, providing jobs and educational opportunities will limit some violence. I feel sorry for the people in the DR as this Government (and most in the past) are solely focused on foreign dollars, how full hotels are and how many flights land weekly?

Parental negligance ?!…they have no food on the table….vamos a buscar moro…people are fighting to survive…they have nothing to lose…beware of those…Negligent are those in torres an gated communities, with jeepeta de lujo … if you don’t curb this violence soon , we are all heading to Venezuela dark ages…!!!

Is this is more about police negligence of not going into barrios to reduce violence? They want to place the blame on parents in the barrios. They, the police and parents share the blame.

Spot on. It’s only a fraction of the whole solution but a good start. Who’s paying for more police, more education and higher wages. Increased taxes will reduce employment opertunity and keep wages low.

Well it starts at the Home” if you dont come from two parent household, More the likely you will fall to a life of crime and criminalization. Government corruption and lack of jobs are separate issues. Stop having baby out of wedlock, stop getting drunk and high everyday, and stop looking to blame others for your failures in life. Oh most important take care of your damn kids!

Let’s see, Lack of Quality Education, Socioeconomic Inequality, Crime, and Lack of Sanitation.
To end poverty in the Dominican Republic, representatives must improve the quality of education, health care services, and employment through implementing policies that help the most vulnerable individuals. The country needs to make positive economic changes by increasing human capital and the business environment, improving the management of natural disasters and climate change, and maintaining natural resources. In my opinion, there’s no hope in sight.

It is great to have the police involved as they see first hand what happens on the street. Of course, the police who deliberately ‘pick-on’ & “abuse” vulnerable people is another story. There are other ways to help people out of poverty. Many people in these neighbourhoods have no ID cards. It is so complicated to get one that people need to hire a notary which they cannot afford. Give authority to the local junta electoral, or to local religious & community leaders who know the people. Let these communities issue ID cards by using affadavits and evidence that they are from longtime Dominican families. Thousands of low income citizens could receive ID cards without cost .Then they qualify to work .