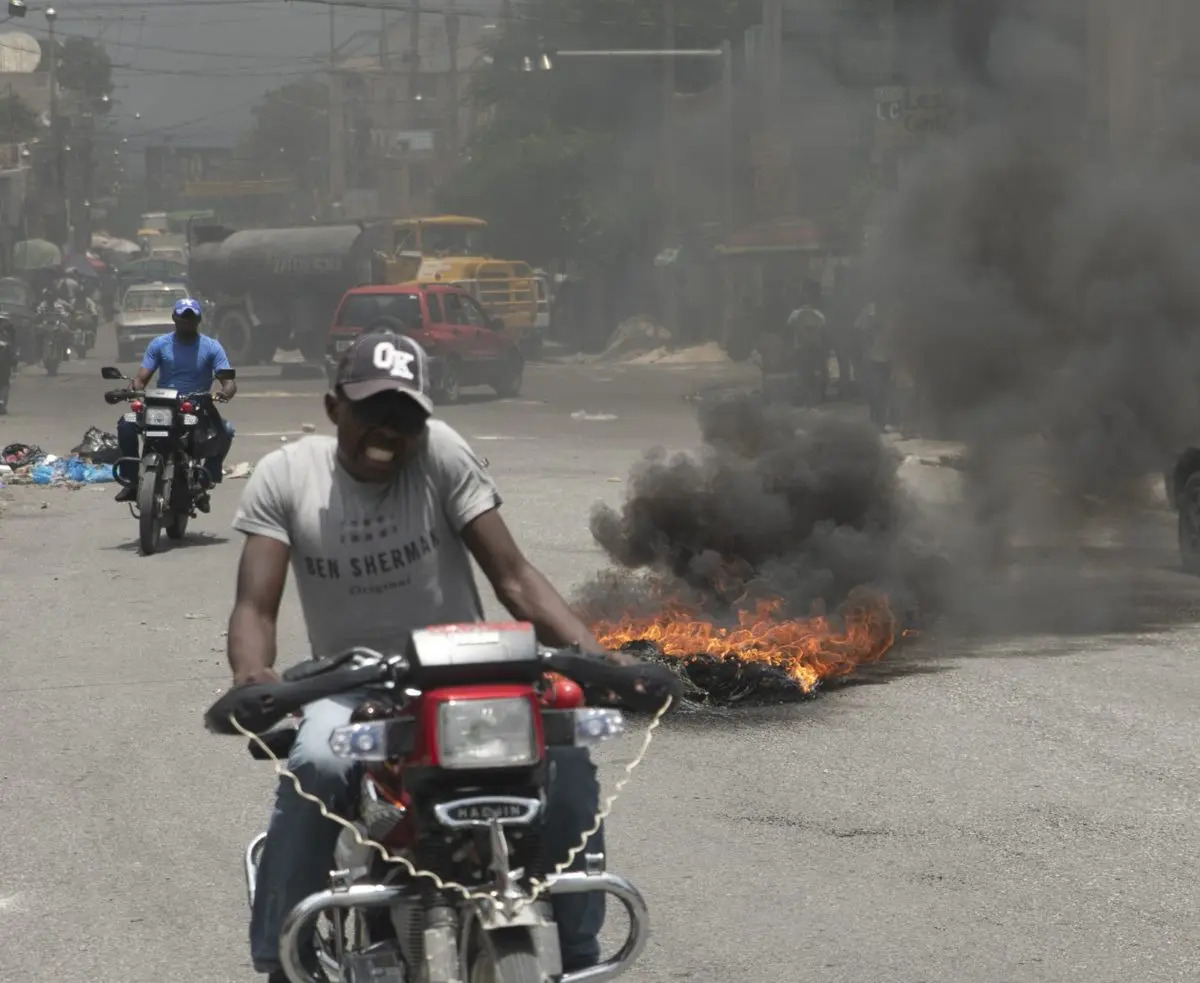 Leslie Voltaire questions the rejection of the Montana Agreement proposals.

Political stability is one of the desires of Haitian society. Still, the road to achieving it is more than paved because it finds two extremes: a sector that seeks social justice, democracy, and economic growth, and another that does not want to abandon a system that prevails corruption and impunity.

This complex panorama is described by the Haitian architect Leslie Voltaire, a member of the Montana Agreement, who does not lose hope that his country is heading down a path in which its citizens do not have to flee poverty and insecurity.

“We are facing an international mafia, which traffics drugs and weapons, and which is arming gangs, and we chose a democratic path without violence. However, dialogue is challenging in the face of some who want to steal all customs and the country’s income and others who are idealistic and want to build a democratic, modern nation that grows with the creation of wealth and social justice.

“It is very difficult; we have two opposite directions, two extremes because they are seeing money, weapons, drugs, we are seeing virtues,” said Voltaire when analyzing why there has been a lack of consensus in Haiti to get out of the political crisis.

The assassination of President Jovenel Moise on July 7, 2021, created a power vacuum that was filled, first briefly by interim Prime Minister Claude Joseph and then by current Prime Minister Ariel Henry, whom the former president had appointed in that position two days before his death.

Amid this tension, the Core Group, to which representatives of the OAS, the UN, the European Union, and the ambassadors of the United States, France, Germany, Canada, Brazil, and Spain are attached, published on a Twitter account that Henry he should be the prime minister, with a commitment to hold elections in January 2022, which he has not done.

On the role played by the Core Group in the appointment of the prime minister, Voltaire said that “this is a union of ambassadors that works to maintain the status quo in Haiti.”

“They know that it is an unequal country and that the politics practiced by their puppet leads us to the abyss. But they fear a change where they will have to confess their participation in the genesis of the crisis.

“What they fear most are uncontrolled migrations, demonstrations in the streets, kidnappings, and how to control elections,” he said.

The Political Proposals of the Montana Agreement

In this context, political, trade unions, social, and business organizations came together in the Montana Agreement. They drew up a proposal to contribute to political stability in a transition period.

“We have offered to share power through a national dialogue, to say what we want and what plan we should follow for the next 25 years. For example, make a new Constitution or reform the current one so that it adapts to our vision, but Voltaire said there are many obstacles to doing that, both external and internal.”

“You want to end corruption, to end impunity, you want the police to increase and not be politicized, they are bourgeois changes, they are not revolutionary changes, but it is tough for pirates to accept them because they are pirates, buccaneers, and freebooters, and they are politicians and businessmen.

“Before, about five or ten years ago, there was a difference between moderns and old people, moderns and gangsters, now they are all the same, they play the same game,” he said.

Voltaire considered that the power groups are indifferent to the country’s course because they do not care about the political and economic crisis.

“They don’t care, because it’s not their country, they have houses in Santo Domingo, Miami, every weekend they go to Miami to buy their things and come back,” he said.

In making this statement, he said that the economic and political elites do not have a sense of belonging to Haiti.

The institutional fragility of Haiti is more than evident, according to Voltaire’s explanations.

“We are in a situation where the Executive Branch is not legal, the Legislature only has 10 senators, out of 30 which must be the enrollment, and there are no deputies because no new elections have been held. And the Supreme Court is amputated of three or four of its members and cannot decide on anything”, says the Haitian architect.

Keg of gun powder(Haiti) will explode soon…and we’ll feel the real deal of it…!!!

Montana Group is NOT representative of 600 Haitian political parties and civil groups as they claim. Montana Group is a deep pocket, well heeled, thin facade for narco x President Aristide who started Haiti’s first gangs by recruiting homeless boys and arming them and teaching them kidnapping, car jacking home invasion and violence. Aristide brought Haiti from a peaceful nation doing 3 T cocaine/yr to 75T cocaine and the #1 transshipment point in the Caribbean. Aristide is funding Montana Group and a false Electoral Council and will try to resume power. Aristide is the root of every murder, kidnapping and terrorism that takes place in Haiti now. The Haitian people despise him; he was party to the assassination of President Jovenel and the defamation and false accusations of President Martelly