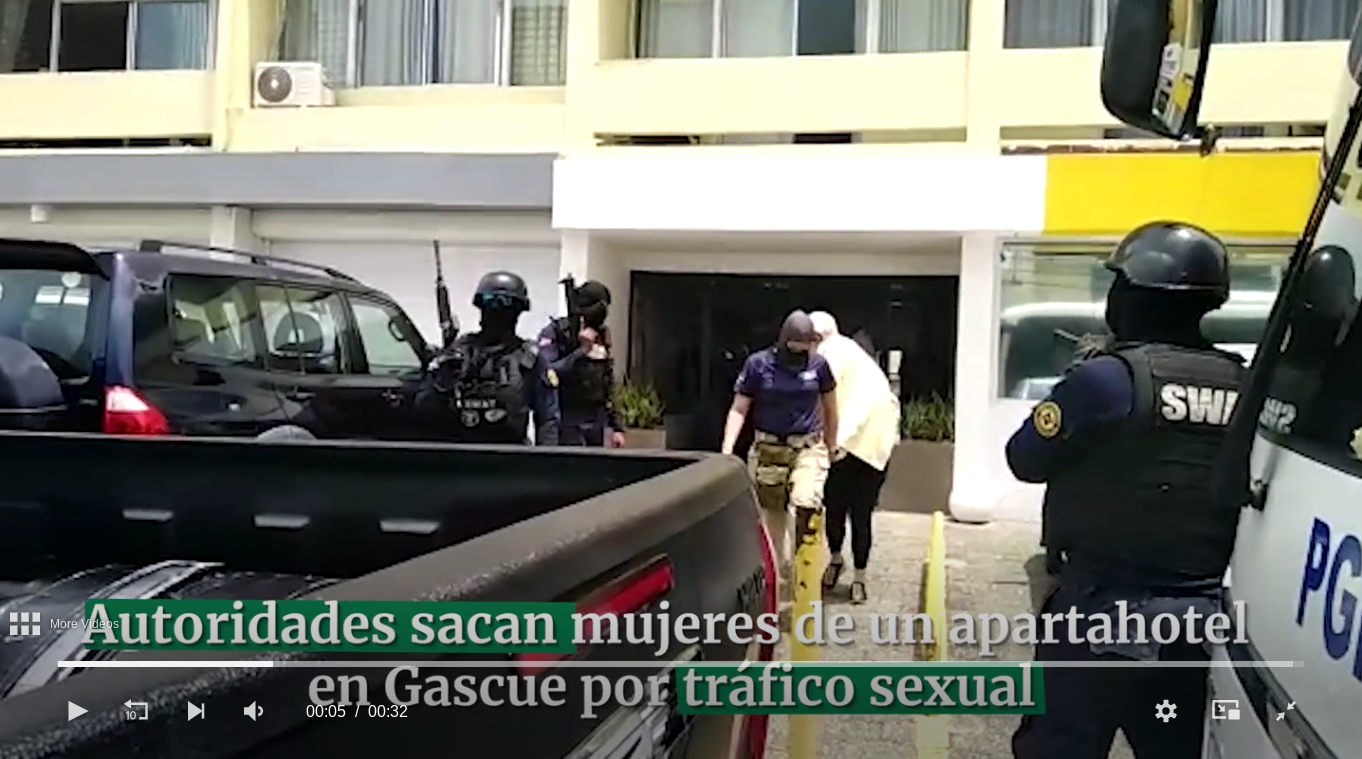 As of midday this Thursday, authorities have rescued at least nine women in an aparthotel in the Gazcue sector, where they were allegedly victims of sexual exploitation.

The aparthotel where the women were staying is called Inter Caribbean Airways. The young women were taken out of the place with pink towels covering part of their faces.

The authorities, headed by the Attorney General’s Office, are carrying out raids in the mentioned sector. Also, in Higüey and Punta Cana following reports that at least 50 people were victims of white slavery.

According to the Attorney General’s Office, the operations are being carried out simultaneously in hotels in the National District, Punta Cana, and Higüey, the latter two corresponding to the province of La Altagracia.

The area where the operations are being carried out is heavily guarded by the Navy and the National Police agents.