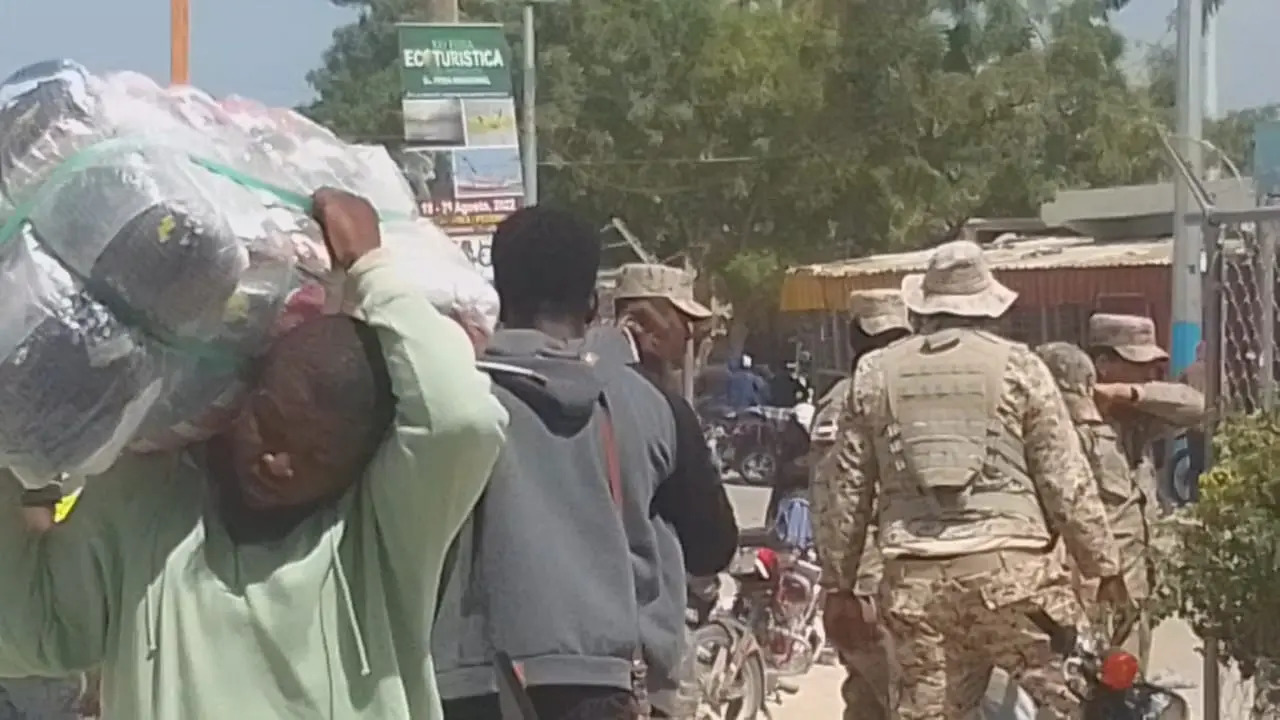 A Customs guard shot ¨accidentally¨ with his regulation weapon, and a Haitian national died after both had a struggle during the development of the binational market in Pedernales.

Immediately, taxpayers and merchants left their merchandise abandoned, while some looting took place by unscrupulous people who took advantage of the circumstances.

The inhabitants of Pedernales, including ex-military personnel, protested after understanding that the law enforcement agents are not prepared to face situations like this.

They claim that dozens of CESFRONT agents allegedly appeared without weapons and hid behind buildings without any action to defend national sovereignty.

The shots were heard from the Haitian side to this side of the island because they did not accept that their compatriot was dead.

Members of the Army, reinforcements from CESFRONT, the Police, and the Dominican Navy, as well as members of S-2 and DICRIM and other State agencies, were present at the scene of the tragedy.

‘The shots were heard from the Haitian side to this side of the island because they did not accept that their compatriot was dead.’

Is this something normal that a person ends up dead and others should just accept this? If a Dominican had ended up dead, would that just simply be accepted?

Back in 2015, I traveled to the Dominican Republic via Caribe Tours (Jimani border). That place is a concentration of scoundrels on the Dominican side. I had bought a wooden figurine of a woman’s head carved from one piece of wood in Haiti. I paid 40US$ for it in Haiti and as a gift for a Dominican family living at the Metro Country Club in Juan Dolio. They had actually asked me to bring them something artistic from Haiti. The immigration/aduanas people at the Dominican side of the border asked me for a contribution or else they would tax the figurine head. I told them No! I asked to speak to a supervisor and some small pot belly guy with bad posture (the supervisor) told me to just give them a little something and all the issues would go away. All con artist scammers there. I still refused. My cousin who was with me got really angry and picked up the figurine and broke it on the floor. He told them that they could keep the wood but we were not paying for anything. At that time, the bus assistant from Caribe Tours started to argue with the immigration people and they told us to get on the bus. Craziness! Extortion by office!

I can easily see…easily how this argument started.

You are absolutely 💯% correct. Dominican authorities are all hustlers and always have their hands out, but always want to accuse the Haitians of being this way. Pot calling the kettle black!