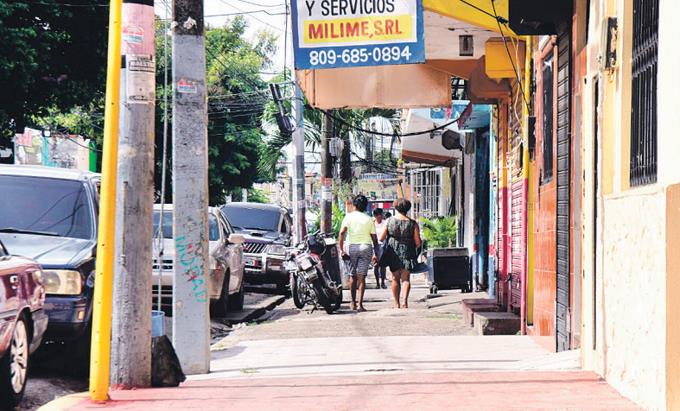 In Villa Juana the clamor of its residents is in unison for the director of the National Police to order a greater increase in agents to patrol the streets during the day and night, to put a stop to the number of robberies and assaults that occur in the sector. LEONEL MATOS/LD

The call. In this important sector of the capital, they ask the police to increase surveillance and demand that the government intervenes to put a stop to high prices and blackouts…

High prices are a generalized evil that plagues the corners of the neighborhoods of the Dominican Republic.

Residents of Villa Juana showed their discontent when questioned by the newspaper about the high prices of necessities.

“They do not know how we will survive; everything is expensive. Rice, oil, and chicken, to say nothing of it. You can’t afford to buy anything,” expressed a resident of the capital’s Villa Juana neighborhood with indignation.

The cry of the clientele is not exclusive; merchants of the neighborhood also expressed the anger that corrodes them when they are aware of the drastic way their sales drop after each visit to the market resulting in the rise of the cost of some products.

“People come here shouting, and you can’t say anything, because even I have to shout when I buy,” said Bolívar Pereyra, owner of the Centro de Villa Juana grocery store.

Tony, who manages the Los Muchachos grocery store in the capital sector, assured the journalists of the Listín Diario that “every time they go to the market they have to raise five pounds for each merchandise” because they are never stable.

They affirm that the pound of chicken meat has long since “climbed” to over 70 pesos, and only in the declarations of the officials in the paid spaces in the newspapers is that the pound of this article is found at 59 pesos.

The Los Muchachos grocery store manager emphasizes that it is painful for them to raise prices to levels that the poor people of Villa Juana cannot afford. Still, they have no other alternative because every time they stock up, they have to pay more for the products, and “either we readjust the prices, or we go bankrupt.”

Villa Juana is divided between the cry of high prices and the significant blow that marks the crime. “Ha, here you can’t even breathe very hard.

Nobody can sit down after 6 o’clock in the evening when the businesses close,” said Ramón Cuello, who has been living in the neighborhood’s alleys for more than 30 years.

Referring to the nighttime hours that tend to be the preferred times for criminals to attack, the owner of a business selling automotive parts commented on the indifference shown by criminals to the physical conditions of the environment to go out to fulfill their tasks.

“They don’t have to see; they hold up even in the daytime. Standing at that door at 10 a.m., one passes by, and just like that, they take everything from you. You always have to be in a state of shock. You came in, and I was already scared,” said the merchant who asked to remain anonymous.