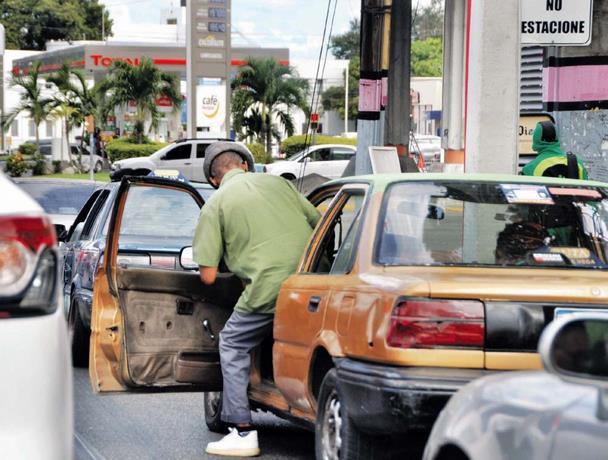 Drivers consider themselves harassed by the Digesett.

Santo Domingo, DR
The drivers of the different routes of Bolivar Avenue denounced that they are the object of constant “threats” from members of the General Directorate of Transit Security and Land Transportation (Digesett) for alleged infractions of the traffic laws even if they have their vehicles parked.

When the drivers were narrating their vicissitudes to journalists of the Listín Diario, a motorized unit stopped to reproach the drivers, the one who was identified by several of those present as one of the agents who had even tried to assault the drivers physically.

“How nice! I am glad that he was here to see the shows that Mr. Amet (Digesett) does. To me it was one who on two occasions has even offered me blows, that one who is there told me that he would give me a “cookie,” there is no sign of no parking and they go around giving fines to those of public car, because if a private vehicle stops they just tell him to leave, I understand that their duty is to give fines but the problem is that we are not breaking any law,” said Pablo Batista.

Other drivers repudiated the situation and described it as “impossible” since they are being inspected for infractions they are not violating.

They, the drivers, may be warranted to complain about being harassed about parking by the Digesett officers. However, they, meaning the drivers, are no angels, They draw attention to themselves by the illegal and risky ways they drive the streets. When officers along the streets signal them to stop because of infractions, some drivers will continue on without stopping. Thus, the officers wanting to punish all of them in general, a deserved fate, use we’ll ticket them for “no parking” when they are stationary.

I thought they were taking these unsafe POS’s off the roads? Yet everytime I go to La Romana or Santo Domingo, I have to deal with the maniacal tactics of beat up old Corollas, Mitsubishi vans and buses…all well beyond safe usage and driven by moronic idiots with a death wish.