Land in Pedernales is in a legal dispute 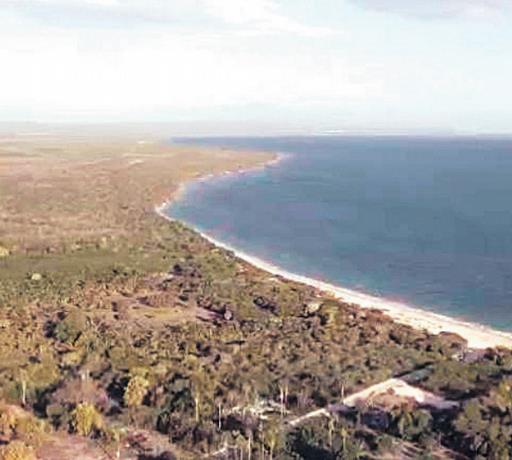 The fate of plot 40 should be the same as 215-A, said Laura Acosta. FILE, ARCHIVE

Santo Domingo, DR
Part of the land that an investor is allegedly buying from its occupants in Pedernales and Barahona is located in a plot of land in judicial litigation in the real estate jurisdiction of Barahona, promoted by the Dominican State.

It is plot 40, located in Enriquillo, Barahona, which the State is trying to recover, as it did previously with others in the area of Bahía de las Águilas because private individuals fraudulently acquired them.

The Dominican State is represented in this process by a team of lawyers, composed of Gustavo Biaggi Pumarol, Blas Minaya Nolasco, Manuel Cáceres Genao, Samuel Ramia and Laura Acosta.

In addition, the Dominican Agrarian Institute, Bienes Nacionales, and the Attorney General’s Office of the Republic, through the State Attorney of the Central Department, are also involved in the litigation.

The owner is the State.

“That plot 40 is owned by the Dominican State and the transfers that were made on it were based on fraudulent actions that cannot generate rights in any way,” said lawyer Laura Acosta to Listín Diario. The land that an investor has allegedly bought for more than 130 million pesos from a large number of invaders belongs to that plot, according to the information provided by the lawyer Rubén Manuel Matos Suárez to the Listín Diario correspondent in Pedernales, Odalis Báez.

Attorney Laura Acosta explained that in the litigation on registered lands, initially initiated by the Dominican State, several plots were included, but that in the process that culminated with a definitive sentence, only the 215-A remained, which in its totality is already property of the Dominican State, with a sentence with the authority of irrevocable res judicata.

He stated that concerning parcel 40, the Dominican State had registered opposition and was also involved in the criminal proceeding opened in 1997.

He pointed out that as a result of the real estate process that concluded with the judgment on plot 215-A, in the first degree, plot 40 was excluded from the litigation, alleging that it did not appear initially but was added later.

Acosta stated that the fraud in the case of parcel 215-A consisted of a transfer made irregularly by the IAD, and then the institution invented false agrarian settlements.

“In the case of plot 40, the fraudulent procedure was different: titles were issued in favor of supposed plot holders, based on IAD documents that had nothing to do with agrarian reform settlements,” he said.

He indicated that the individuals managed to transfer property rights through IAD documents from the 90s, and then there were also alleged sales contracts of these people to third parties, companies, and individuals who claimed to be legitimate owners because they were good faith purchasers.

The land was transferred to hundreds of people, some of whom are deceased and others unaware of the transfer.

In 2014, Judge Alba Beard Marcos of the Eighth Chamber of the Land Court of the National District declared the nullity of 1,200 property titles issued in favor of individuals, as well as transfers, real estate operations, delimitations, subdivisions, recasting and any operation or transaction from 1990 to date carried out in Bahía de las Aguilas, Pedernales, by accepting a lawsuit filed by the Dominican State. That judgment was confirmed in 2016 by the Superior Land Court and later, in 2018, by the Supreme Court of Justice (SCJ).