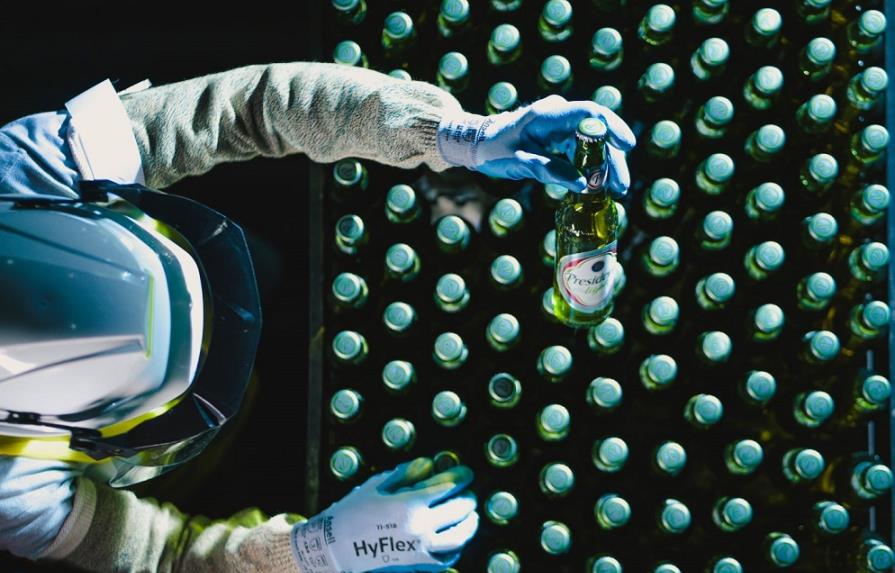 “The production of green bottles completely Dominican is already a reality,” said the Dominican National Brewery to report today that, thanks to an agreement signed between the company and the Dominican company Caribbean Glass Industry has materialized the revival of the local glass industry, resulting in the production of the first containers that meet international quality standards and characterize the Presidente beer product.

“After several months of hard work and detailed production testing process, Cervecería launches to the market a batch of more than 10 million beers in locally produced bottles,” reported a press release.

This process has involved the integration of collaborators from both companies who have validated, through 17 quality points, each of the technical specifications required by high international production standards for the manufacture of these bottles, he added.

“After challenging months, we are proud to be able to say that we now have on the market beers with bottles produced 100% on Dominican soil and by 100% Dominican hands. This great milestone represents one more step in achieving the goal of gradually increasing the availability of our beloved Presidente beer in every corner of the country,” said Fabián Suárez, president of the brewery.

Currently, Caribbean Glass Industry is producing about 37.5% of the daily bottle production goal. “This means that it will still take a few months of effort for the glass factory to be able to produce the quantities of bottles required by the current demand for beers,” the brewery noted.

The brewery emphasizes that “with the hard work and commitment of the entire team,” it will soon produce most of its Presidente beer in Dominican bottles.

Congratulations to the beer industry. Will you be recycling these bottles ? They can be reused 15 times with proper recycling. We recommend offering a larger bottle deposit to consumers so that they return the bottles to the stores instead of the garbage cans. More info : FACEBOOK : Accion ambiental Guayacanes .

1
Reply
there
Reply to  Peter Harris