Dominican Gov.: Miners could be freed on Tuesday 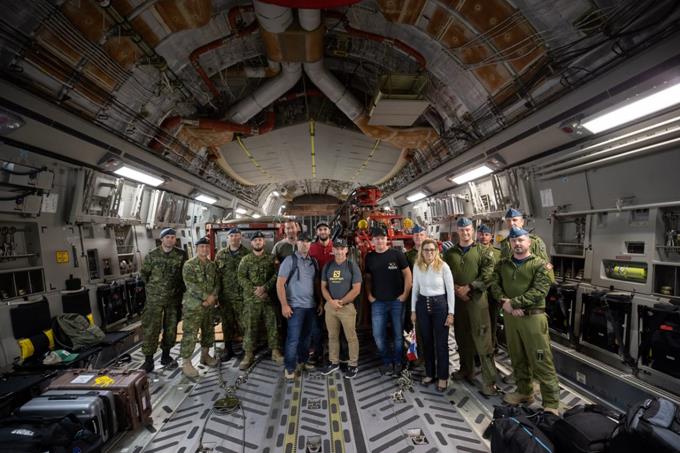 Santo Domingo.- With the arrival of a special excavation system from Canada, which allows tunneling more than two meters per hour, the Dominican government reported that it expects to be able to remove the miners Gregory Alexander Pérez and Carlos Yepes, trapped in the Cerro Maimón since last Sunday, before Tuesday.

The Boeing C-17 Globemaster aircraft arrived this Sunday at the Dr. Francisco Peña Gómez International Airport of the Americas at 9:28 p.m. with more than 52,000 pounds of equipment, distributed in a Cubex Model 6200 drill, which weighs more than 25,000 pounds with its mast, and an R-110 Cubex Booster, 8,500-pound equipment reinforcement, as well as tool boxes, rod racks, transformers, and miscellaneous material, make up the rest of the equipment that will be used in the rescue.

“According to the capacity of that machinery, we could have it before Tuesday, if everything goes as planned,” said the Vice President, Raquel Peña, when asked when they could release the workers, who turned 8 days this Sunday. Underground.

Canadians, without doubt are generous humanitarians. Let’s hope the miners can breath the fresh air and feel the sun on their faces soon.

So proud to be 🇨🇦 and 🙏 for the safety of the miners. Also I spend my winters in 🇩🇴 enjoying your Country 😎