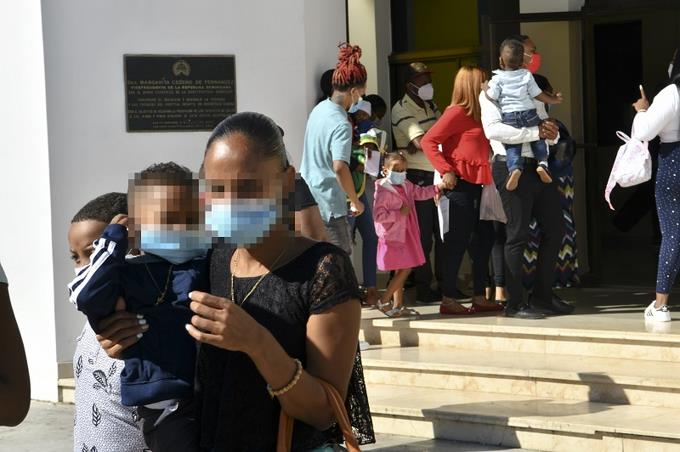 Santo Domingo, DR.
Covering water stored for domestic consumption and cleaning the surroundings of houses to avoid breeding sites of the transmitting mosquito continue to be the recommendations made by authorities and specialists to the population to avoid dengue fever.

This disease, endemic in the country and whose first warning sign is sudden onset high fever, has maintained high levels of incidence this year, causing to date the registration of 15 deaths and 3,185 suspected and confirmed cases, equivalent to 299% more than those reported in the same period last year.

The bulletin corresponding to epidemiological week number 28, which ended on July 16, indicates that 54% of those affected are men under 30 years of age.

In the last four weeks, 789 cases of dengue fever were reported and according to the report, during this period, the National Public Health Laboratory Dr. Defilló (LNSPDD) received 244 samples from the local level, of which 64% identified the dengue virus.

Circulation of serotype two
There are four serotypes of dengue virus (DEN 1, DEN 2, DEN 3 and DEN 4) and this year DEN 2 has been detected circulating in the country.

The accumulated incidence of the disease is 55.22 per 100,000 inhabitants, which represents an increase of 299%, compared to the same period in 2021, with Montecristi, Hato Mayor, San José de Ocoa, Santiago and Dajabón having the highest incidence.

Symptoms
The virus is transmitted to people through the bite of the Aedes aegypti mosquito that breeds in clean water, and symptoms appear between 3 and 14 days, with an average of 4 to 7 days, after the bite. High fever accompanied by two or more of these symptoms, such as headaches, pain behind the eyes, muscle and joint pain, nausea, vomiting, swollen lymph nodes or rash, are indicators of the disease.

The main recommendations made by the authorities and specialists on the subject are directed to the population to proceed to hermetically cover the water stored for its use and to spread liquid chlorine twice a week on the internal wall of the tank above the water level using a clean cloth soaked with chlorine.

Recommendations
It is also recommended to remove from the yard or garden containers such as bottles, rubber bands, empty cans and other containers that store water where the worms breed and become adult mosquitoes that transmit dengue and go to the doctor when symptoms of the disease appear.

The Ministry of Health calls on Provincial Directorates and Health Areas to intensify prevention and control measures.

You guys are like the ambulance chasers of Dominican diseases. if not Covid…now Dengue.