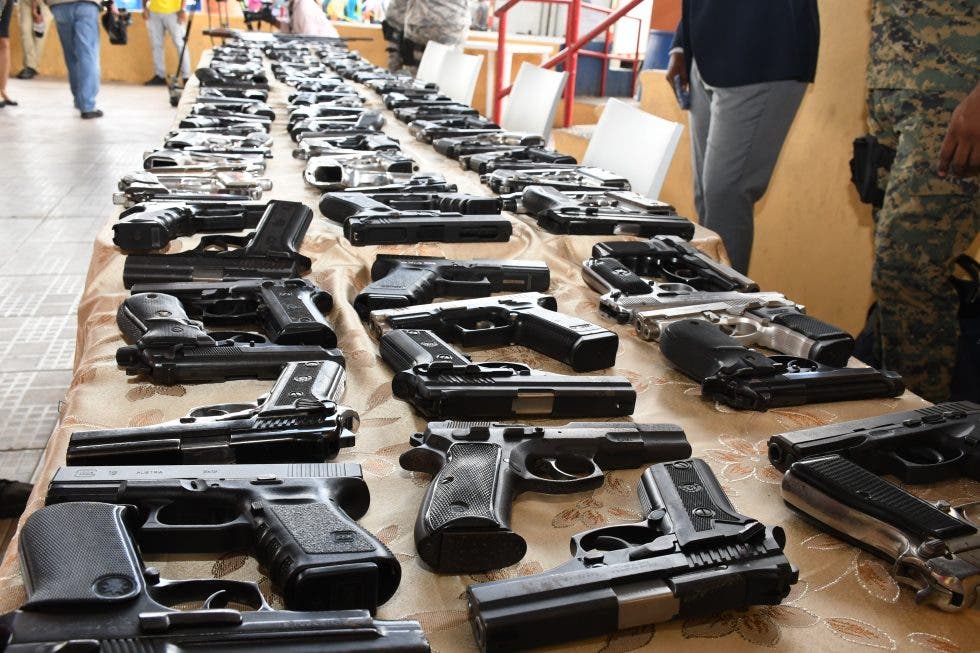 Firearms. Reference image; not part of the information. Photo: Interior and Police.

It was revealed by the director of Direpol, retired general Mariano Madé Ramírez, that in the last two years, more than 300 firearms that had relatives of deceased police officers have been recovered by the General Directorate of the Reserve.

Madé Ramírez reported that the recovered weapons were sent, using an official letter, to the Police Directorate so that they continue to be helpful for the service offered to the citizens by the officers and police agents in different parts of the country.

The Direpol director called on the families of deceased officers and enlisted men to return the firearms to the Reserve without requiring a commission to go to their homes.

“Family members must understand that if they remain with the weapons, they are violating the law of carrying and possessing weapons,” the retired officer pointed out.

Mr. Mariano Madé Ramírez, on behalf of its Director General, Félix Santana García, praised the Governmental Accounting distinction. In this sense, he said that his commitment has always been the excellent management of the resources available to DIigepol while thanking President Luis Abinader and the director of the Police, Major General Eduardo Alberto Then, for giving him all their support for this entity to achieve the programmed goals.

A very careless manner in handing out guns to ex-officers! Broken method.

The guns were not handed out to ex-officers. The guns were government owned service weapons issued to them during their employ. Information is unclear if police could enjoy holding on to their issued guns when retired. Issued weapons have to be returned to the government when the law requires. The death of an officer would be a requirement.

Everyone should be allowed protection. Our government is a joke.

One can hardly blame the relatives for holding onto the weapons. The amount criminal violence, including street and home thefts would motivate the people to cling to the firearms. Nobody feels safe.