The critical stage of the hurricane season begins 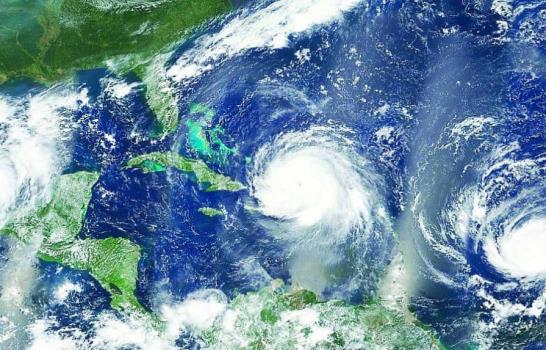 The National Meteorological Office (Onamet) and the Emergency Operations Center (COE) called on the population to be alert before the beginning of the so-called “critical period of the cyclonic season,” a stage in which the conditions for the formation of atmospheric phenomena of great intensity occur this Monday, August 15.

The director of Onamet, Gloria Ceballos, explained that this period is between the second week of August and the first week of October of each year, when the waters of the tropical Atlantic are warmer, facilitating the formation of tropical cyclones.

Ceballos recalled that these almost two months had been the period in which the most devastating hurricanes have historically impacted the Dominican Republic, so the population must be attentive.

ENVIRONMENT
What you should know about the 2022 hurricane season
She says that so far in the current cyclonic season, the winds in the atmosphere have been strong, and the Sahara dust clouds have been present on the Atlantic route. This combination has prevented that despite having occurred, disturbances have failed to develop, but it is expected that these dust storms are already decreasing.

However, she indicated that updated forecasts suggest that 15 named storms could occur during the remainder of this season, of which eight could reach hurricane status and four could be intense.

“The important thing for us and what we always emphasize, as a meteorological service, is that no matter how intense or active a hurricane season is, the important thing is to always be prepared,” Ceballos said.

For his part, the director of the COE, General Juan Manuel Méndez García, said that he has a contingency plan ready to face the eventual arrival of a hurricane, which has been validated with simulation exercises, the most recent of which was done a month ago.

He said that part of the simulation was a collapse of the communication systems, which detected that alternate radio communication was required. Its installation has begun in various institutions.

He called on people to orient themselves through the tools provided by that institution through its various digital platforms on the meaning of the alerts and the importance of paying attention to them.

“The population must be aware of the guidelines of the civil protection agencies and those emanating from the Emergency Operations Center, which is the official spokesperson for this type of situation,” said Mendez Garcia.

The hurricane season in the Dominican Republic and Central America begins on June 1 each year and lasts until November 30.

The annoying sahara dust that blankets the RD at times does have a benefit. It reduces the formation of cyclones or weakens them if formed.

Please clean all drains, and remove all debris which can cause flooding! Make sure emergency supplies are adequate for the population, at a good price.